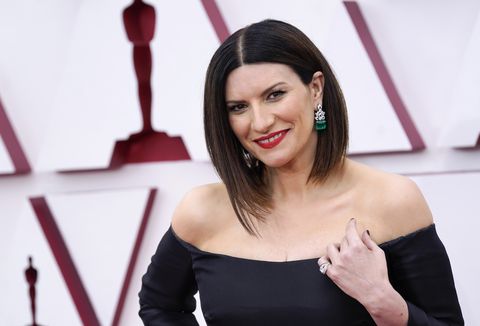 This year, Amazon Prime Video will receive one of the great stars of Italian music: Laura Pausini. The singer-songwriter and music producer will star in ‘Laura Pausini – A pleasure to meet you’, an Amazon Original in which the international star will show moments of her private and professional life never seen before, both sides of the coin for the first time in front of a camera. Quite a gift for his fans will arrive exclusively on the platform transmission throughout 2022, and will be available in more than 200 countries worldwide.

The film, produced by Endemol Shine Italia for Amazon Studios, is based on an original idea by Pausini herself. The script and direction have been carried out by Ivan Cotroneo, and Monica Rametta is producing, two names that we can find in the team of the Italian film ‘Un bacio’ from 2016. Now they are at the service of Laura Pausini in a ambitious project of which more specific details such as the release date are still unknown, but which will be a great addition to the Prime Video catalog.

Pausini needs no introduction: she is a top international star, with more than 70 million records sold worldwide and a particularly notable recognition in Spain, where, among other things, we saw her participate as a jury in the program La Voz. What’s more, Pausini became in 2021 the first woman in the history of Italian music to be nominated for an Oscar for Best Original Song thanks to ‘Io Sì (Seen)’, a song on which he collaborated with the composer Diane Warren and which is part of the film ‘La vida por fue’ by Edoardo Ponti, starring Sophia Loren. He did not get the golden statuette, but he did win the Golden Globe in the same category.

Pausini’s debut in the cinema will come with great anticipation for more details of his extraordinary personal and professional history. As they say from Amazon Prime Video, the singer “He will step in front of the camera of a feature film that will show his love for cinema, and will reveal his true soul through never-before-seen moments from his private and professional life, while giving the audience a great opportunity to discover new unknown aspects about herself and her world, which will be revealed to the public for the first time”. The well-known queen of Italian pop is ready to present herself, once again, to the world.