Iván Escobar: “With ‘Express’ we have made a procedural that bets on the characters” 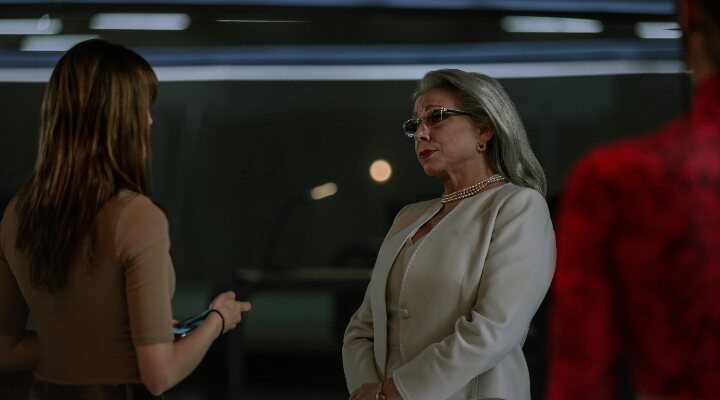 Starzplay debuts in Spanish fiction with ‘Express’, which has been available on the platform since January 16. A vertiginous eight-episode thriller starring Maggie Civantos and that exposes a topic of furious current affairs, which is express kidnappings, a symptom of “society has a very express rhythm of life”. “Really, this series is about how fast we are living, we are running like headless chickens everywhere And we don’t know where we’re really going”, explains Iván Escobar, creator, showrunner and screenwriter of the series.

‘Express’ tells the story of Bárbara (Civantos), a criminal psychologist who was the victim of an express kidnapping when leaving the store. This type of crime is a terrifying form of extortion that is spreading throughout the world, ending in many cases in a violent murder. After this experience, Bárbara decides to work as a negotiator in cases similar to hers. Her main goal is to understand why she became the victim and to help those who go through a similar event.

In that portrait of ‘express life’, the series shows how important it is to slow down the pace of life to enjoy the small details. “We order food at home, we have a robot vacuum cleaner that cleans for us because we don’t have time, we don’t call our friends and we send them WhatsApps because it’s faster, when it’s people we care about. In theory, we save time for something, but we don’t We know why, since we don’t invest it in being with our families or friends, but in continuing to run. It’s a vicious circle and we all suffer from this, the entire society is driven to this rate”, exposes Antonio Sánchez-Olivas, scriptwriter of ‘Express’, in an interview for eCartelera.

A procedural production that innovates

‘Express’ has the essence of a procedural police series to take advantage of that dizzying pace to delve deeper into its characters, which differentiates it from a conventional production of the genre. “We have tried to make a family thriller. The important thing is not the car races or shootouts. We have tried to give the different tones in which the delicate moments, the doubts, the dilemmas prevail”Escobar says.

Another of its points is that its female characters have a different depth and profile when it comes to this type of fiction. “It’s an action series whose nuance is that you do action with your head. The female characters are able to move a lot of things with their intelligence alone”says Kiti Mánver, who plays Ortega, the executive who leads the anti-kidnapping organization.