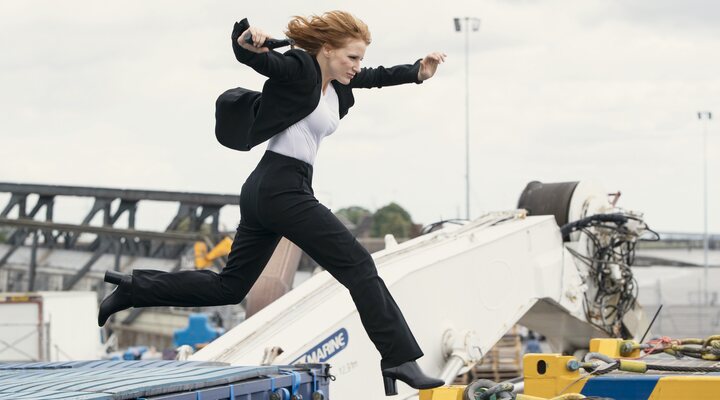 On January 21, ‘Agents 355’, a spy movie with an amazing cast, hits theaters. Jessica Chastain, Penélope Cruz, Lupita Nyong’o, Diane Kruger and Fan Bingbing headline this personal project of Chastain’s. In this interview, which we offer you exclusively, the actress and producer explains What has it meant for her to get so involved in this project?:

“Every day I felt: ‘this is my idea’“ says Jessica Chastain, who was calling the actresses with whom she wanted to work until putting together such a cast. But it was not an easy road at all: “It’s not enough to get the group together, get the script… Financially speaking I’ve advanced money to get the script written, all the foreign sales deals, all the crazy contracts… It was way more than I could handle. But when you do it, you learn a lot, so I’m very grateful for that.” Explain.

To smacks in the fish market

‘Agents 355’ focuses on a CIA special agent (Chastain), a German agent (Kruger), a British computer scientist (Nyong’o) and a Colombian psychologist (Cruz), who team up to recover a highly dangerous weapon that has fallen into the hands of mercenaries. The mission will not be easy, nor was the filming. For sample, we offer thanks to Diamond Films an exclusive making of in which we see how they shot a scene full of acrobatics and moments of risk in a fish market in London:

Simon Kinberg (‘X-Men: Dark Phoenix’) is directing and also co-writing the script with Theresa Rebeck. The cast is completed by Édgar Ramírez and Sebastian Stan. ‘Agents 355’ will be released in Spanish cinemas on January 21.