‘Valhalla’, spin-off of ‘Vikings’, launches its first trailer and debuts a poster 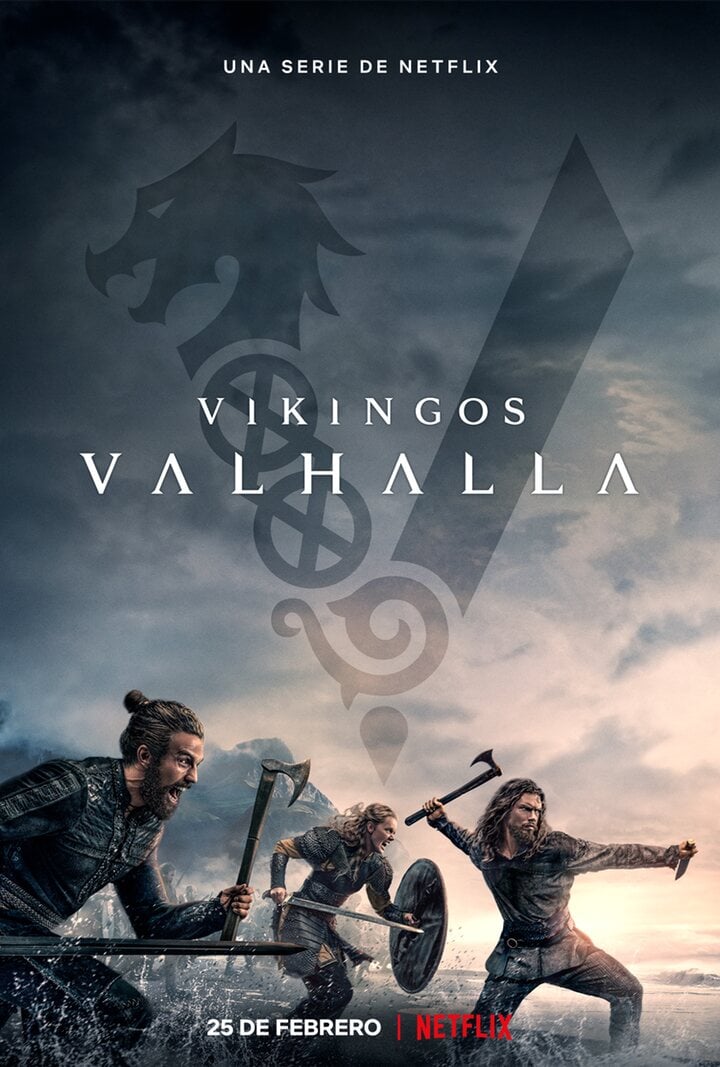 ‘Vikings: Valhalla’ arrives on Netflix on February 25, the spin-off of ‘Vikings’, one of the great History Channel series that ended last 2020 after its sixth season. On the occasion of its imminent premiere, the platform has just released the official trailer, in addition to the poster.

The video is full of action, violence and, above all, revenge. The fiction is set 100 years after the end of the original proposal. Invented characters are intertwined with real historical figures, including some of the most famous Vikings in history., such as: Leif Eriksson, Freydis Eriksdotter, Canute the Great and Harald Hardrada. “You have been summoned here to avenge the death of the Vikings”King Cnut the Great of Denmark shouts to his horde. “Get England!”

Stuart explains a entertainment weekly what he intends with his new project: “I come from the world of action movies where things move fast. I’m not going to give you 30 seconds to say, ‘Hmm, I wonder what he meant by that weird phrase’. You have to keep up. You have to move.”

Kattegat, the capital city of Ragnar Lothbrok’s kingdom in ‘Vikings’, will appear in ‘Valhalla’. The showrunner also tells more details about the production of the streaming service: “As a fan of Vikings and a student of that kind of history, you know that Rollo the Wayfarer was really part of the founding of Normandy, Emma of Normandy comes along and becomes one of my main characters, and William the Conqueror is a descendant of Rollon the Walker”, He says. “We would love to get to that part of the story“.

The synopsis for ‘Valhalla’ reads as follows: “Set over a thousand years ago, in the early 11th century, it chronicles the heroic adventures of some of history’s most famous Vikings: from legendary explorer Leif Eriksson (Sam Corlett) to his passionate and determined sister, Freydis Eriksdotter (Frida Gustavsson), to the ambitious Norse prince Harald Sigurdsson (Leo Suter). The tension between the Vikings and the English crown culminates in a bloody turning point. As the Vikings clash over religious differences between Christians and pagans, These three Vikings embark on an epic journey that will take them across seas and battlefields, from Kattegat to England and beyond, as they fight for glory and survival”.