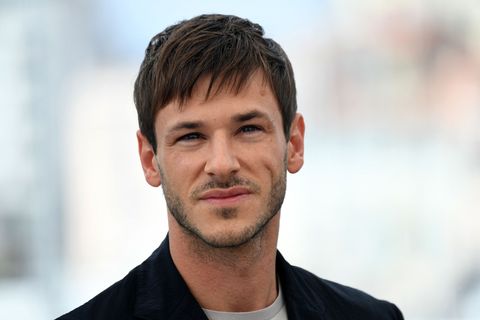 french actor uliel gaspard, known for films such as ‘Saint Laurent’ or ‘Alone at the end of the world’, has passed away this Wednesday, January 19. Ulliel has suffered a fatal skiing accident, as confirmed by his family in a statement. He was 37 years old and had several international projects underway on his calendar, including his participation in Marvel’s ‘Moon Knight’ series with Oscar Isaac..

According to the French press (via EFE), the actor was hospitalized urgently yesterday after colliding with another skier at the La Rosière resort in the French Alps. From there he was transferred by helicopter to the Grenoble hospital, where he was treated for a severe head injury that has finally ended his life. The French chain BFM TV advanced the news, and has confirmed that the Albertville Prosecutor’s Office has opened an investigation to clarify the causes of the accident.

Born in Boulogne-Billancourt (France), Gaspard Ulliel began his career as a teenage actor in 1997 with ‘Mission protection rapprochée’, broadcast in 1997. He began with small roles, such as the one that led him to work alongside Monica Bellucci and Vincent Cassel in ‘The Pact of Wolves’ by Christophe Gans in 2001. However, it was not until a year later, at the young age of 18, when made his debut in style in Michel Blanc’s ‘Embrassez qui vous voudrez’, his first important film role and for which he won a Lumière and the Gold Star for best new actor.

Among his most outstanding works we find ‘Long Sunday Dating’ by Jean-Pierre Jeunet, in which he starred alongside Audrey Tatou (‘Amélie’) and which was nominated for two Oscars. Ulliel also participated in the choral film ‘Paris, je t’aime’, with a group of different directors and an international cast. His leap to Hollywood came with a well-known character in popular culture: Hannibal Lecter.. The Frenchman participated in ‘Hannibal, the origin of evil’ by Peter Webber, a kind of prequel in which he gave life to a young version of the character.

See also  'The Gray Man' wraps up filming, according to the Russo brothers

In the last decade, Ulliel has stood out with roles such as Yves Saint Laurent in Bertrand Bonello’s ‘Saint Laurent’, which participated in the Cannes Festival, and also as the protagonist of ‘Alone at the end of the world’ by Xavier Dolan, a film for which he won the César Award for Best Actor. The film also won the Grand Jury Prize at the Cannes Film Festival.

After some works in France like ‘The reflection of Sybil’ by Justine Triet, Ulliel was on his way to making his entrance into the Marvel Cinematic Universe (UCM) with the Disney+ series ‘Moon Knight’, which will be released next March. He plays Anton Mogart, aka Midnight Man, a recurring character throughout the first season.