‘The Lord of the Rings’: Unveiled the official title of the Prime Video series 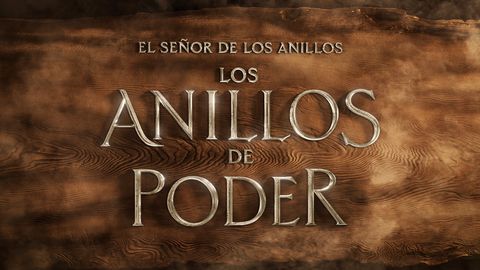 ‘The Lord of the Rings: The Rings of Power’: this will be the official title of the series based on the world created by JRR Tolkien and that will arrive on Amazon Prime Video on September 2. As fans will know, the title refers to the multiple rings forged in the Second Age of Middle-earth, not just Sauron’s (you know, one ring to rule them all, to find them, to bind them in darkness. ..) but also those who gave themselves to elves, dwarves and men.

“This is the title we imagine could live on the spine of a book alongside JRR Tolkien’s other classics. ‘The Lord of the Rings: The Rings of Power’ brings together all the major stories of the Second Age of Middle-earth: the forging of the rings, the rise of the Dark Lord Sauron, the epic legend of Númenor, and the Last Alliance of elves and men”, showrunners JD Payne and Patrick McKay explained in a statement, which continues: “Until now, audiences have only seen the story of the One Ring on screen, but before there was one, there were several… and we’re excited to share this exceptional story of all of them”.

Tolkien’s epic will return to screens eight years after Peter Jackson’s ‘The Hobbit’, and more than 20 years after the successful ‘The Lord of the Rings’ trilogy, whose latest installment, ‘The Return of the King’, He got the record of 11 Oscars. With this series, Prime Video aims to capture the attention of series fans and rekindle the flame of fans of the franchise.

As we pointed out, The story of ‘The Lord of the Rings: The Rings of Power’ moves to the Second Age of Middle-earth, thousands of years before what we saw in the adaptations on the big screen. Thus, we will attend the era in which great powers were forged, in which kingdoms achieved glory and others fell into absolute ruin. A time when there were also unlikely heroes, such as Bilbo and Frodo, and when the most terrifying villain ever seen began to be created. As they have revealed from Prime Video, the series will go from a time of peace to the dreaded resurgence of evil in Middle-earth.

Along with Payne and McKay as showrunners, we find as executive producers Lindsey Weber, Callum Greene, Justin Doble, Jason Cahill, Gennifer Hutchison, Bruce Richmond, Sharon Tal Yguado and the Spanish Belén Atienza and the director JA Bayona, who directed the first two episodes of the production.

‘The Lord of the Rings: The Rings of Power’ will arrive on September 2 with a weekly premiere, available every Friday, and which will reach more than 240 countries and territories around the world. So far, all we have been able to see is this puzzle in which Prime Video has decided to physically melt the title in a blacksmith’s forge.