Nell Tiger Free: “When we started ‘Servant’ I was intimidated by Lauren Ambrose 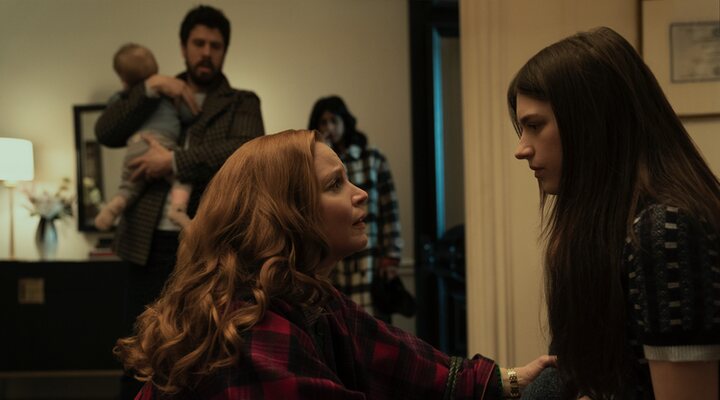 This January 21, one of the most sinister series on its platform returns to Apple TV +, ‘Servant’, with little Jericho back at the Turner house in its third season. With 10 new episodes, the story takes us three months into the future after the end of season 2, when everything seems to be finally going well for this long-suffering family, although Leanne, the nanny, has developed a certain phobia of going outside. This tension over open spaces has many similarities to what we have experienced with COVID in the last two years: “I think it fits very well with the worldwide claustrophobia that is currently experienced. Many entities have become agoraphobic due to the pandemic”, Nell Tiger Free tells us, with whom we sat down to talk on the occasion of the launch of the new chapters on the streaming platform. With her and with Lauren Ambrose, who in the series plays the matriarch Dorothy Turner.

Although it was not her first role, we recognize Ambrose as the Claire Fisher of ‘Seven Feet Under’. She has also been Jilly Kitzinger in ‘Torchwood’ and we have seen her in movies like ‘Get me out of paradise’, ‘Love and other impossible things’ or giving voice to KW in ‘Where the Wild Things Are’, but probably never so excessive and magnetic like in ‘Servant’, will she rehearse those crazy expressions in front of the mirror? Not by a long shot: “If one day I see faces in the mirror, someone shoot me”Ambrose jokes. “I think the character is very theatrical on many levels. She’s a person who puts herself in front of television cameras and is very perfectionist about everything. She’s the greatest.”

Luckily for M. Night Shyamalan and his entire team, ‘Servant’ has been renewed for a fourth season, which will allow them to close the great arc and all the loose ends of the story. “As a group we have to prepare to say goodbye to the series in about a month, which is when we start shooting again”Ambrose tells us, “I am very curious to know how we are going to close all this and find out what is the cost of all these lies, pain and mourning for the family”. Free is somewhat more sentimental with his character and assures that he will miss everyone very much: “We still don’t know what it will be like, but I’m sure it’s very emotional and I’m an easy tear eater. I cry at the end of every season, so it’s going to be very hard.”. ‘Servant’ premieres the third season on January 21 on Apple TV +.

See also  In the forgotten Dragon Ball cartoons, Goku is the strongest firefighter in the world ...