Review of ‘The Williams Method’ 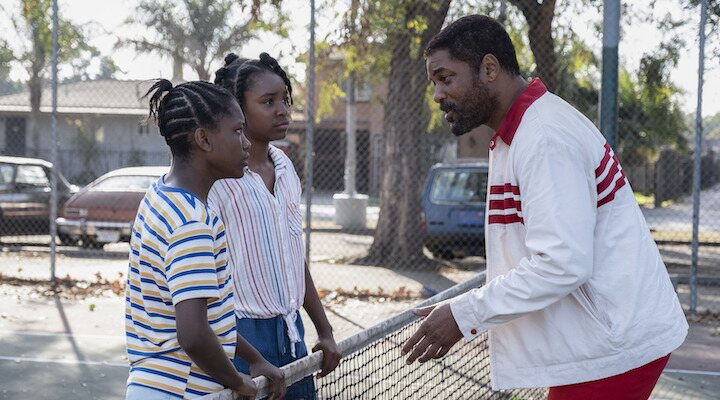 Will Smith’s career is one of the most brilliant in Hollywood. From a youth idol thanks to ‘The Prince of Bel-Air’ to one of the highest-grossing stars in history and, over the years, a respected, acclaimed actor nominated for two Oscars. Although he is not always successful and has more than one notorious bump to his credit, Smith has carved out a very remarkable career and this year he could elevate him to glory with his first Academy Award thanks to ‘The Williams Method’.

Although he has serious competition, Smith is in many pools as a favorite and could make a big difference. Of course, win or not, his third nomination is in his pocket. And of course, it is more than justified, because the ‘Independence Day’ actor gives us one of her most complex and nuanced performances in the film about Serena and Venus Williams, where he plays his father, richard williams, the man who took them to the top.

The film, directed by Reinaldo Marcus Green (‘Monsters and Men’, ‘United States: the fight for freedom’), is constructed as a traditional sports biopic, with all the commonplaces expected of the genre, for better and for worse, but it is elevated by an excellent acting section that places it as one of the best-acted films of the season.

‘The Williams Method’ tells the story of the origins of two of the most famous tennis players of all time, Venus and Serena Williams, played respectively by Saniyya Sidney and Demi Singleton. And it does so by putting the focus on the unconventional methods of his father, a man of humble origins and unbreakable spirit who had a very clear vision for the future of his five daughters. Richard instilled in them a passion for the sport in the hope that one of them would prove to be a tennis prodigy, ultimately nurturing not one, but two champions. Thus, the fierce patriarch ensured that his daughters had a much more prosperous life than he, plotting a meticulous and demanding long-term plan to get the family off the streets of Compton and take Venus and Serena to the top of the sport. 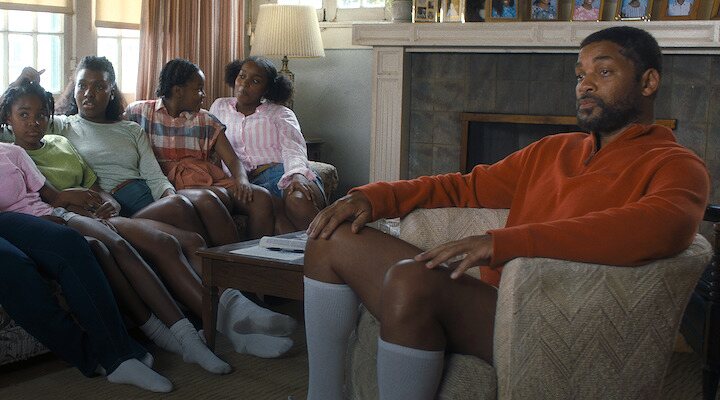 Smith gives his character a force that goes beyond the screen and becomes the heart of the film. Although the work of the rest of the cast should not be overlooked, with Aunjanue Ellis full of punch as the mother of Venus and Serena, and the two young promises who play the teenage versions of the tennis players, especially Sidney, who gets more screen time by focusing the story mainly on the rise of Venus, who managed to succeed on the court shortly before her sister. not forgetting to Jon Bernthal, an actor who always gets the most out of his characters, however secondary they may be, as he demonstrates here playing Rick Macci, the sisters’ coach, with whom Richard clashes in his educational methods and in his management of the girls’ careers.

That is, we are before one of those deals with no weak links, in which everyone brings out the best in each other and each part works perfectly within a well-calibrated gear. While the film can often be overly conventional, even bordering on the obvious and maudlin on more than one occasion, it is the strength of the characterizations and the conviction of the actors giving life to the characters that in the end prevents the film from falling completely into the field of desktop melodrama.

Now, if there is something that prevents ‘The Williams method’ from getting on the Olympus of biopics, it is its fear of investigating the darkest aspects of its history and its central figure. The Williams sisters are listed as producers on the project, which is a clear tribute and thanks to their father. Therefore, although the rougher facets of his personality are explored, it is not surprising that most of the time the film is basically a hagiography of Richard Williams who is not interested in questioning his protagonist, despite the fact that he gives us some other reason to do it.

For the rest, ‘The Williams Method’ is developed as an effective and accessible sports drama that sends a clear and powerful message about the family, perseverance, managing the future and the role of parents in the growth of their children. The film also complies in the technical section, especially in the training sessions and matches, impeccably directed and edited, where the actresses are absolutely convincing as sports professionals. As the norms of the genre dictate, the film climaxes in the form of an exciting decisive match, in this case the matchup in the 1994 Oakland Tournament between Venus and Arantxa Sánchez-Vicario (whom the Mexican tennis player Marcela Zacarías mimics), turned here into an antagonist with hints of a villain, where Venus was risking a millionaire contract with Nike. A scene that closes the film in style.

Despite its traces of the usual biopic, ‘The Williams Method’ finds its strength in its actors, who bring it to fruition, as well as in the steady hand and heart with which it is told, ultimately resulting in a comfortingly warm and familiar experience.

The best: Will Smith’s powerful performance recital, its endearing moments and the final match.

Worst: That he does not dare to explore all his dramatic potential, staying in the idealized portrait of his protagonist.