Chuck Palahniuk, the writer of ‘Fight Club’, responds to the radical change of the ending of the film 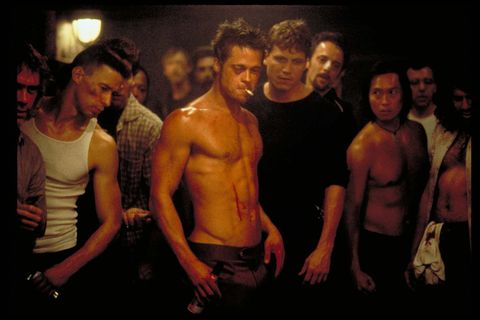 The original author of ‘Fight Club’, Chuck Palahniuk, has reacted after a streaming platform in China changed the ending of the film adaptation.

The original 1999 film follows the story of its narrator (edward norton), a car salvage specialist who suffers from insomnia, while forming an underground fight club with a certain Tyler Durden (Brad Pitt).

However (warning, spoiler) the events end with the narrator realizing that Durden is a figment of the narrator’s own imagination, before he kills him and watches as buildings are brought down by explosives to restore the economy. The narrator and Marla (Helena Bonham Carter) watch the destruction hand in hand. The final scene is one of the most emblematic of the cinema of the 90s.

However, in a version shown on Tencent Video, while Durden is still dying, the scene of the building collapsing is replaced by a black screen and words revealing that the police have discovered the plan, stopped the explosions, and finally send the protagonist to a madhouse.

“Through the tip provided by Tyler, the police quickly discovered the entire plan and arrested all the criminals, successfully preventing the bomb from exploding,” reads, according to fans who discovered the new montage. After the trial, Tyler was sent to an insane asylum where he received psychological treatment. He was released from the hospital in 2012.”

In its Web pagePalahniuk, who wrote the 1996 novel on which the film is based, was a bit hesitant about the change.

“Tyler and the gang were arrested. He was tried and sentenced to an insane asylum. How incredible. I had no idea! Justice always wins. Nothing ever blew up. Fini.”

The writer added on Twitter: “Have you seen this shit? This is SUPER wonderful! Everyone has a happy ending in China!“.

The reason for the change is unclear, particularly if the producers made the changes of their own volition or if government censors stepped in to re-edit the ending.

For many, this fact will be almost an act of desecration, given that the film ‘Fight Club’, the fourth film by the director david fincher, is considered one of the cult titles not only of the 90s, but also of the history of cinema. Revered since its premiere by critics, studied and analyzed minutely, the film marked the end of 90s cinema, warning of what was to come in the following decade.