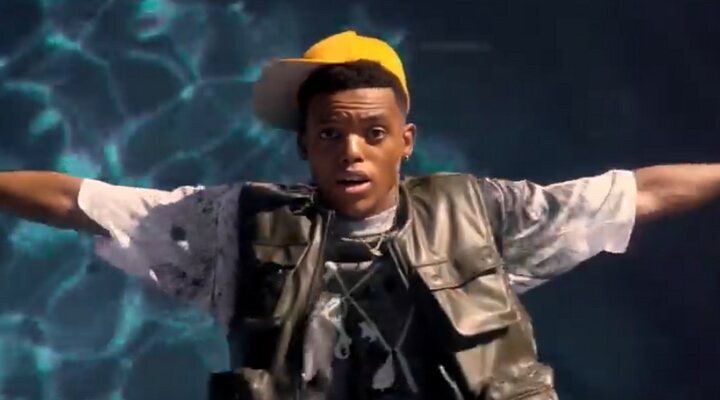 Peacock has just shared a new trailer for ‘Bel-Air’, the long-awaited dramatic reboot of the legendary 90s series, ‘The Fresh Prince of Bel-Air’, with which Will Smith made the leap to fame. The preview shows the new protagonist, Jabari Banks, in his old neighborhood in the west of the city getting into trouble…

As we can see, the video focuses on a fight that takes place while the protagonist is playing basketball. The confrontation worries the young man’s mother so much that she does not hesitate to move him to a much safer environment. Although hardly any attention is paid to that incident in the original version, in the new series it is described in a much more harrowing way: with fists, firearms and calls to the police.

Fiction will premiere its first three episodes on Peacock on February 13 and subsequent chapters will be released weekly on the platform. As for its arrival in Spain, nothing has yet been confirmed in this regard, but there are rumors that the American streaming service will introduce its original titles within the SkyShowtime platform, which will bring together the catalogs of Sky, NBCUniversal, Nickelodeon, Showtime, Paramount Pictures and Universal Pictures. SkyShowtime will arrive this year in our country.

Another highlight of the trailer is the presence of Will’s mother, Viola ‘Vy’ Smith, played by April Parker Jones. The reality is that this character did not play a relevant role in the 90s comedy or, at least, he did not have much presence in the first seasons, which focused more on the adaptation of his son in the luxurious Bel-Air area. We will see if Morgan Cooper’s proposal will change this aspect of the plot.

See also  Bob Iger: Moviegoing 'Just Not Worth It' for Some Post-COVID

Uncle Phil (Adrian Holmes), Vivian Banks (Cassandra Freeman), Geoffrey (Jimmy Akingbola) and other recurring characters like Cartlon Banks (Olly Sholotan), Hilary Banks (Coco Jones), Ashley Banks (Akira Akbar), Lisa (Simone Joy Jones) and Jazz (Jordan L. Jones) return to the ‘Bel-Air’ story. In addition, it should be noted that Smith does not disassociate himself from the series and this time he is in charge of production.