‘Guardians of the Galaxy 3’: The film will be the end for the team 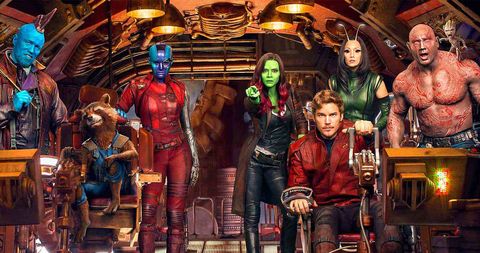 The first Guardians movie introduced viewers to the core team of Peter Quill/Star-Lord (Chris Pratt), Gamora (Zoe Saldana), Drax the Destroyer (Dave Bautista), Rocket Racoon (Bradley Cooper) and big (Vin Diesel). While they only have two standalone movies to date, the Guardians have played a pivotal role in the MCU, joining the fight against Thanos in both Avengers: Infinity War and Endgame. Audiences have come to know and love the band of misfits that make up the current Guardians of the Galaxy roster, but the series director is warning fans that the team is about to see some major changes.

While speaking on Deadline’s Hero Nation podcast to talk about his HBO Max series Peacemaker, which is currently the number one show in the world, Gunn said that meThe third Guardians movie will surprise fans, calling it “big and dark”. When asked what the future holds for the Guardians franchise after this third installment, Gunn said viewers should look forward to a new lineup for the team, insisting that this will be the last time the original group is seen together.

This isn’t the first time Gunn has warned fans that the third installment in the franchise would be the last time they’d see the team as they currently know it. Gunn has said in the past that the fourth installment in the franchise would introduce a new squad of Guardians of the Galaxy, though who will be in that formation is still a mystery. But considering how much comics lore there is to mine, there will be plenty of options when assembling the next team.

There are many unanswered questions regarding the future of the Guardians of the Galaxy franchise. This upcoming movie may be the last ride for Peter Quill and company, but that leaves the door open for a new team of Guardians to take its place for the next generation of fans. James Gunn made second- and third-tier comic book characters household names with the first Guardians of the Galaxy movie. Now that the story of the original team is coming to a close, hopefully Marvel can replicate that success with the next team of Guardians.