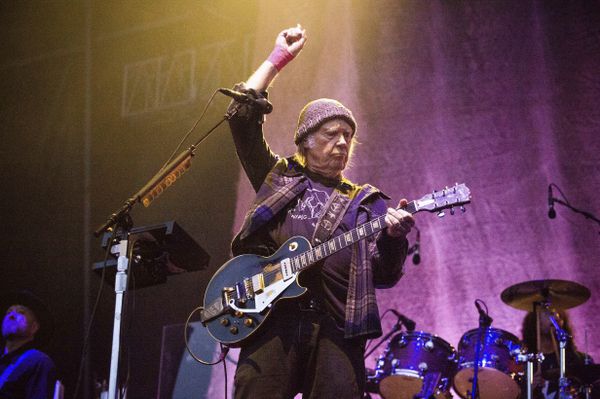 Following the lead of Neil Young and Joni Mitchell, other Canadian musicians have vowed to pull their music from Spotify in protest of COVID-19 misinformation being spread on the beleaguered platform, particularly through the podcast The Joe Rogan Experience.

“If even one cent of the money Spotify earns from my music is going to pay for the opinions of someone like Joe Rogan, the chance of depriving them of that one cent is worth it,” Calgary-born folk singer-songwriter James Keelaghan told The Globe and Mail. “I’ve been thinking of doing this for a while. With Neil Young and Joni Mitchell standing up and doing this, it feels like in some ways they’ve given me permission to pull my music as well.”

Explaining that being on Spotify has been “demoralizing” for years because of the low royalty rates paid out by the world’s most popular streaming service, Ontario indie musician Danny Michel will also be moving his catalogue. “I’ve slugged it out on the road for 30 years, own my entire catalog and I’m finally in a comfortable place where I can choose where I share my music, based on my values,” Michel told The Globe. “The conversation was reopened because of Neil Young, but for me it’s not necessarily anything political.”

Prominent international artists have also gotten behind icons Young and Mitchell, who last week announced their intention to scrub their music from Spotify. Guitarist Nils Lofgren, who is a member of Bruce Springsteen’s E Street Band and Young’s backing group Crazy Horse, released a statement on Saturday on the Neil Young Archives website.

See also  Marvel could release the extended version of Spider-Man: No Way Home

“A few days ago, my wife and I became aware of Neil and Daryl standing with hundreds of health care professionals, scientists, doctors and nurses in calling out Spotify for promoting lies and misinformation that are hurting and killing people,” Lofgren wrote, making mention of Young’s wife, Daryl Hannah. The musician encouraged “all musicians, artists and music lovers everywhere, to stand with us all, and cut ties with Spotify.”

In response, this weekend both Spotify chief executive officer Daniel Ek and Rogan responded to the backlash against the streaming service, which in 2020 paid a reported US$100-million for the exclusive rights to the comedian’s popular show.

“Based on the feedback over the last several weeks, it’s become clear to me that we have an obligation to do more to provide balance and access to widely accepted information from the medical and scientific communities guiding us through this unprecedented time,” Ek said.

In a short Instagram video, a somewhat contrite Rogan also responded, saying he would “try harder to get people with differing opinions on,” and that he “absolutely” gets things wrong but does his best to correct them. He also said he had “no hard feelings” toward Young and Mitchell.

Some music fans – who are likely not among Rogan’s estimated 11 million listeners per episode – have taken to social media to encourage more of their idols to pull their catalogs from Spotify. But while it’s perhaps easy enough for a wealthy legend such as Young or Mitchell to boycott Spotify, the decision isn’t a straightforward one for most musicians.

Singer-songwriter David Crosby, a former bandmate with Young in CSNY and a onetime collaborator-boyfriend of Mitchell, said that while he would like to ban his music from the service he has no control over where his songs are distributed since he sold his recorded music and publishing rights to Irving Azoff’s Iconic Artists Group a year ago.

For other artists, it simply isn’t practical to have their music unavailable to Spotify users.

“Streaming is how I’m able to make new music and put it out,” Juno-winning singer-songwriter Donovan Woods told The Globe. “It’s the marketplace in which music is consumed.”

Woods releases his music through his own label, End Times Music. He controls the masters to his recorded music completely and owns 75 per cent of the publishing rights. His most popular song by him, Portland, Maine, has been streamed more than 75 million times, generating about US$175,000. Woods gets the lion’s share of those royalties.

“I would lose significant income if I pulled out of Spotify,” Woods said. Before the pandemic caused him to stop touring, Woods estimated that half his income from him came from streaming. Now, without revenue from live shows, Woods says streaming generates 80 per cent of his income from him.

If he were to abandon Spotify, his music would still be available on other streaming services, such as Apple Music. That doesn’t mean his 1.6 million monthly listeners on Spotify would migrate to those other platforms, however. Many of his streams of him are heard through “passive” listens – on playlists heard in restaurants and stores, for example. He can’t afford to lose that Spotify listenership.

“What I get paid for that is valuable,” Woods said, “and it’s just not feasible for me to not be on the biggest streaming site.”