The pandemic doubles the plastic waste on the planet 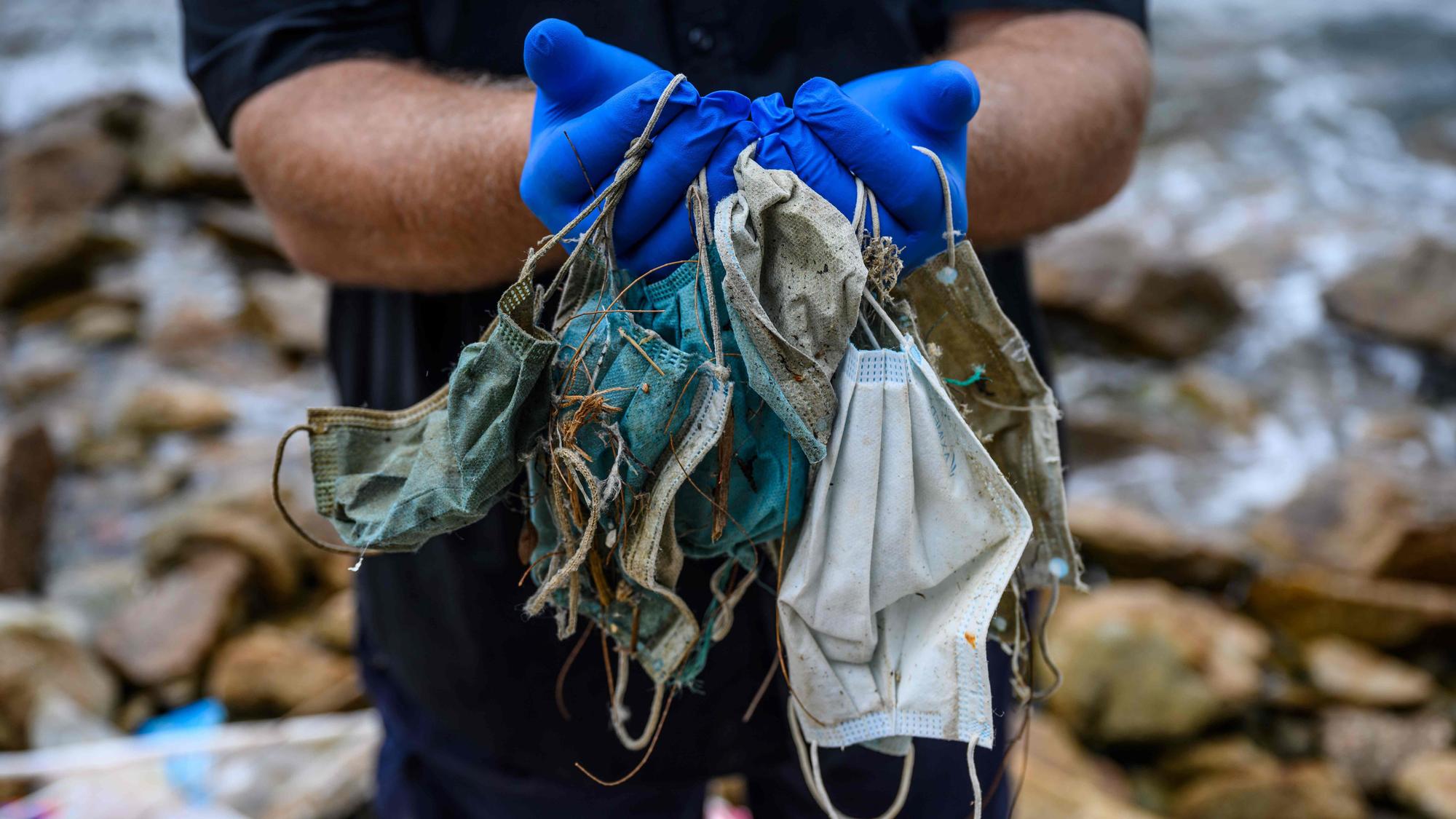 More of 1.6 million tons of waste per day. This is what, for two years now, humanity has generated in its fight against the covid-19 pandemic. In its attempt to stop the spread of the virus, avoid contagion and treat those affected by this disease, the world has generated a hitherto unprecedented amount of medical supplies disposable. According to a new report from the World Health Organization (WHO), mass vaccination campaign against the coronavirus has produced about 143 tons of waste, the manufacture of diagnostic tests has added around 2,600 tons of plastic waste and 731,000 liters of chemical waste and the use of sanitary material in hospitals has multiplied by 10, in turn adding hundreds of thousands of tons more “sanitary garbage” in the ecosystems.

The United Nations analysis, prepared in collaboration with hospitals and NGOs around the world, denounces that the pandemic has doubled the volume of plastic waste produced and discarded by our species. And that this tsunami of garbage threatens to “deepen, even more, the environmental and climate crisis in which the planet is immersed.” For this very reason, the report points out, it is urgent rethink “the environmental and climate implications on how the medical material “used to deal with covid-19 is acquired, used and managed. Especially in low-resource countries and in impoverished communities where, in many cases, the lack of infrastructure to manage waste ends up discharging huge amounts of garbage directly into the environment.

Oceans most polluted by the pandemic

One of the most worrying scenarios about the impact of the plastic generated by the pandemic is reflected in one of the studies cited in the report. As pointed out an investigation led by the University of Nanjing (China) and the University of San Diego (United States), the current health crisis has already generated more than eight million tons of plastic waste. Mostly single-use products. Like the 3.4 billion single-use sanitary masks which, according to several studies, are discarded on a daily basis all over the world and that in most cases are not managed correctly.

At least 25,000 tons of waste generated by the pandemic have already been dumped into the ocean

At this time it is estimated that at least 25,000 tons of these sanitary waste have already been dumped into the global oceans. In the long term, specifically towards the end of this century, it is estimated that “almost all plastic waste associated with the pandemic will end up on the seabed or on the beaches.” “The covid-19 you’re ratcheting up pressure on a problem that’s already out of control. The pandemic could end reverse the overall effort we have done to reduce pollution from plastic waste in the ocean,” says The report, published at the end of last year in the prestigious scientific journal PNAS.

Solutions to reduce the ecological footprint

After emphasizing the magnitude of the problem, the analysis of the World Health Organization proposes a battery of solutions to “minimize” the ecological footprint of medical supplies designed to deal with the pandemic. Starting, for example, by betting on ‘zero kilometer products (that is, produced on a national scale) and avoid, as far as possible, imports that arrive from the other side of the world. Right now, it is estimated that up to 60% of the protective equipment used around the globe is manufactured between the United States and China. Just by moving production, according to a study carried out in the United Kingdom, the carbon footprint could decrease up to 12%. The equivalent of saving 15,000 tons of COtwo emitted into the atmosphere.

See also  Rust for PS4 and Xbox One: trailer, plot, release date and news to know

The report also points out as an example to follow the multiple initiatives that have emerged in the last year to “reduce the unnecessary use of sanitary material” (such as the use of gloves for the general public), “developing safe and reusable alternatives” and, in general, “committing to more ecological, biodegradable and easy to recycle materials”. Along the same lines, the analysis praises the spanish project of the biodegradable mask (and with high filtration capacity) devised by the Higher Council for Scientific Research (CSIC). “These strategies can significantly reduce the ecological impact of these sanitary materials”, concludes the analysis.

The compilation of ‘solutions’ proposed by the United Nations office also recalls that during the Glasgow Climate Summit (COP26) more than 50 countries, including Spain, undertook to “build resilient projects” for “reduce emissions” generated by its health infrastructures, a sector responsible for between 4% and 5% of global emissions. None of the solutions indicated could, by itself, put an end to the problem. But together, the experts responsible for this analysis They could make a difference.