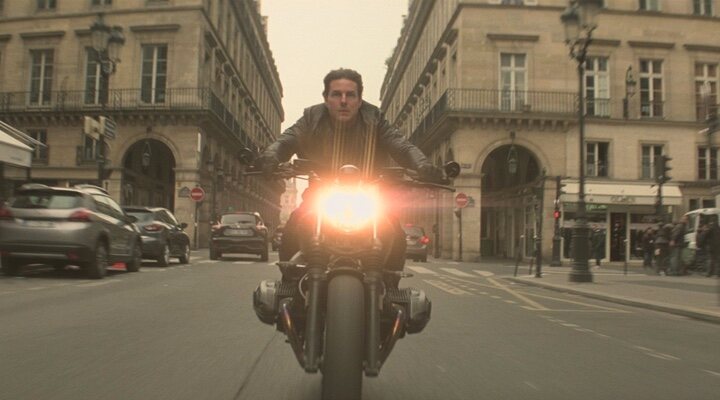 In 1996 we saw Tom Cruise play the spy Ethan Hunt for the first time. With six more films behind him and two pending, ‘Mission Impossible 7’ and ‘Mission Impossible 8’, It seems that we could be facing the end of one of the most iconic characters in the actor’s career.which would be fired in the eighth installment.

According to what a source inside the team has explained to Variety, These two sequels would be the last in which we would see Agent Hunt after more than 15 years in the franchise. In addition, the plot of both would mean a “culmination” of the saga. Not much is known about what will happen in them beyond the impressive action scenes that Cruise himself records. In one of them, he hangs upside down from the wing of an airplane while doing stunts in the air.

Another almost impossible scene that Cruise has shot, directed by Christopher McQuarrie, It has been a jump with his motorcycle from a cliff in Norway. The actor confessed that he really wanted to shoot it: “It’s the most dangerous thing I’ve ever done. I’ve wanted to do this since I was a kid.”.

The budget has gotten out of hand

The multiple delays due to the pandemic that the seventh installment of the spy saga has suffered has forced the budget that Paramount and Skydance had set at first to rise considerably. The total investment has been around 290 million dollars, approximately 10 million more than expected. With this, it would exceed its predecessor, ‘Mission Impossible: Fallout’, by more than 100 million.

As if all this were not enough, Paramount had to assume alone 50 of those millions. This is because Skydance had already maxed out what was stipulated in their contract and refused to put up another penny. However, that was not enough to finish the film.