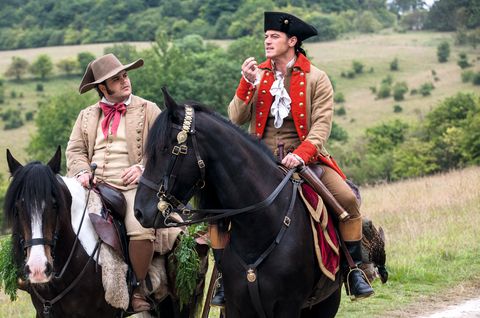 The live-action series of ‘Beauty and the Beast’ has been canceled by Disney + until further notice. The show, which was going to be centered around Gaston’s characters (Luke Evans) and LeFou (Josh Gad), was a prequel set in the live-action universe directed by Bill Condon in 2017.

The cancellation comes after various production delays, making it impossible to start shooting in the summer of 2022 as planned. Scripts and original music not quite readyand filming had already been pushed back from spring to summer. Postponing filming to the fall was not possible due to the cast’s scheduleso the cancellation has been inevitable.

This opens a door to hope, since It has not been a direct decision of the study but different unforeseen events that have caused the suspension. In principle, when the actors have a gap again, they should go back to the production plan.

“Unfortunately it’s true“, wrote the protagonist, producer and writer of the series Josh Gad on Twitter. “We tried to make it all work, but under pressure it wasn’t meant to be…for now. These characters and this story will live on, but sometimes the best intentions and reality collide and nothing can be done.”.

Luke Evans and Josh Gad headed the project, reprising their roles as Gaston and LeFou, and accompanied by brianna middleton (as LeFou’s sister Tilly), Fra Fee and Jelani Alladin. ‘Beauty and the Beast’ was being produced and written by Josh Gad and the creators of ‘Once Upon a Time’ Edward Kitsis and Adam Horowitz.

The pilot episode was directed by liesl tommythe first woman of color to be nominated for a Tony Award for Best Direction of a Play, and the composer of both Disney’s ‘Beauty and the Beast’ films, Alan Menkenwould be responsible for the soundtrack, which in this first episode would add the lyrics of the Oscar nominee Glenn Slater.

Set years before the romance between Beauty and the Beast, the series was meant to follow Gaston (Evans), LeFou (Gad) and Lilly (Middleton) in a unexpected journey full of adventure, comedy and romanceafter a surprising revelation that has not been announced at the moment. Secrets of the past, dangers of the present, old friends, new enemies… The series promised many surprises and a lot of new characters to expand the universe of a franchise in the making.

Disney had been in pre-production for the prequel for nearly two years, and the intention is to continue with the project as long as the previous work is ready and the agenda of the different artists involved allows it.