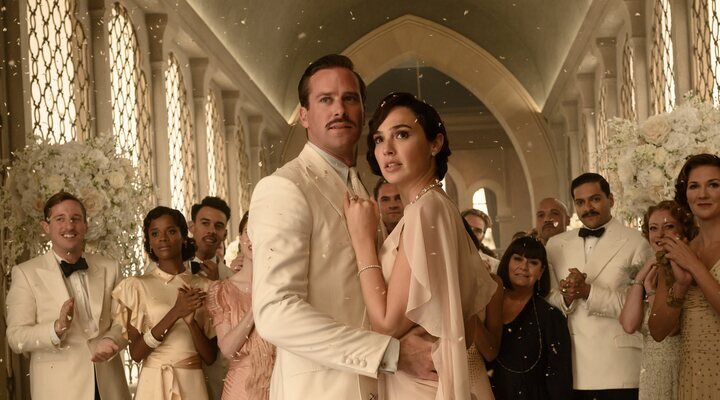 Gal Gadot has faced a great deal of criticism throughout her career for her comments speaking about the conflict between Israel and Palestine. To this we must add the fact that in the first it is mandatory to complete two years of service in the army, so the actress was a soldier at the time of her. This situation has led countries like Kuwait and Lebanon, whose position in the conflict is totally contrary to the Zionist, to censor the film.

According Daily Mailthe local media have echoed that the decision not to reach theaters has been made based on the protests of its citizens on social networks. On the part of official sources, the government has assured that they will not allow the release of a film starring a former soldier of the Zionist army.

Gadot plays Linnet Ridgeway, a wealthy heiress who falls in love with and marries Simon Doyle (Armie Hammer), the fiancé of her friend Jacqueline de Bellefort (Emma Mackey). Their honeymoon will conclude with a cruise on the Nile, where a murder takes place and all the passengers have reason to commit it. Fortunately, the famous detective Hercule Poirot (Kenneth Branagh) is there to solve it.

It’s not the first time

The actress has already been in a similar situation before. In 2017, ‘Wonder Woman’ was not released in Lebanon for the same reason. With ‘Wonder Woman 1984’, its sequel, censorship also reached Qatar. Lebanon has been the latest to join as it has taken this stance towards the Israeli conflict for these last two years.

in 2021 received a lot of criticism after a post on Instagram in which he spoke about the conflict between Israel and Palestine. The text said: “My heart breaks. My country is at war. I am worried about my family, about my friends. I am worried about my people. This is a vicious cycle that has lasted too long. Israel deserves to live as a free and secure nation. Our neighbors they deserve the same. I pray for the victims and their families, I pray that this unimaginable hostility ends, I pray that our leaders find the solution so that we can live side by side in peace. I pray for better days.”.

‘Death on the Nile’ opens in Spain in 18th of February.