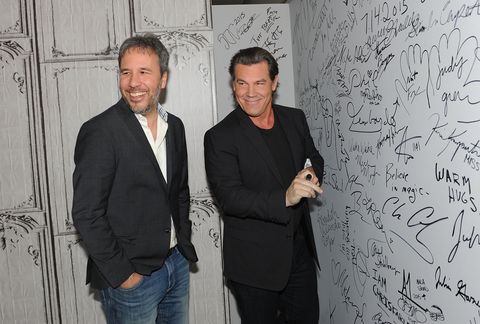 The actor Josh Brolin He has spoken about the latest Oscar nominations for not having his friend the director Denis Villeneuve in the category of Best Director.

The ‘Dune’ star criticized the Academy for failing to recognize Villeneuve’s take on the renowned sci-fi book, while praising the Oscars for having recognized others. The Canadian’s latest film has obtained a total of ten nominations for the 94th Academy Awards, coming in second behind ‘The Power of the Dog’ Jane Campion with 12 nominations. This is what Brolin, who already worked with ‘Villeneuve’ on ‘Sicario’ in 2015, has said.

“I just want to congratulate the legendary Warner Bros., everyone who has been nominated for ‘Dune’: editing, cinematography, original soundtrack, adapted screenplay, just about everything,” the actor said in a Twitter video. “And the unbelievable, almost insensitive or disconcerting thing, as I feel it, is that Denis Villeneuve is not nominated for Best Director. It’s one of those things where you say, ‘What?!'”

“I don’t know how you get 10 nominations and then the guy who has bent over backwards with that book isn’t nominated. It makes you realize that everything is amazing and then everything is f*cking dumb. So congratulations on the incredible achievements that these extremely talented people have been recognized for, because it’s all very, very silly.“.

The five finalist filmmakers in the category of Best Direction have been steven spielberg for ‘West Side Story’, Jane Campion for ‘The power of the dog’, Paul Thomas Anderson for ‘Licorice Pizza’, Kenneth Brangh by ‘Belfast’ and Ryūsuke Hamaguchi for ‘Drive My Car’.

‘Dune’ started as one of the favorite proposals, and despite those ten nominations in which it has been cast, many do see it as unfair that the Canadian director is not nominated. Science fiction has almost never been recognized by academics. On the other hand, many point out that Villeneuve will be decorated with the second part, very much in the style of Peter Jackson with the third part of ‘The Lord of the Rings: The Return of the King’.

For his part, the presenter Jimmy Kimmel spoke of another oversight within the 2022 Oscar nominations: the non-nomination for ‘Spider-Man: No Way Home’ for best film, a film that has been the biggest success in theaters in 2021. But neither the box office records nor the fandom they give ballots for the recognition of the Academy.

“The biggest snub in my opinion, and in fact I’m even angry about this, I’m embarrassed to say, is the unforgivable omission of ‘Spider-Man: No Way Home,'” commented the presenter. “Why the nominees for Best Movie have to be serious? When did that become a prerequisite for being nominated for an Academy Award?”

On March 27 we will meet the winners.