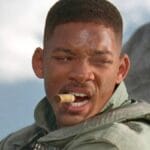 If you’re looking for new movies to watch on HBO Max in February, the streaming service has plenty to choose from. This month not only marks the addition of a robust catalog of library films, but also genuine new releases – including films that first hit theaters only a couple of months ago and a new HBO Max original from a legendary director. So whether you’re catching up on one of this year’s Best Picture Oscar nominees or just looking for a hidden gem comedy, we’ve assembled a list of the best new movies streaming on HBO Max this month. Check it out below.

Guillermo del Toro’s dark noir “Nightmare Alley” is currently streaming on HBO Max just a couple of months after it hit theaters, and it’s a great time to catch up with this dark and dramatic character piece. Nominated for four Oscars including Best Picture, the film is set in the late 1930s and early 1940s and stars Bradley Cooper as Stanton Carlisle, a drifter who finds his way to a carnival where he falls in love and picks up a mentalist act. The film then flashes forward to a couple of years where Stan has now reinvented himself as a psychic in the big city, hobnobbing with the rich and famous but still yearning for more. Things get complicated when he crosses paths with a smart psychiatrist played by Cate Blanchett. This one is incredibly dark, but it culminates in one of the most unforgettable endings in recent memory. 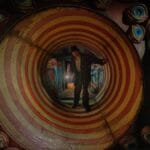 If it’s a lean thriller you’re looking for, check out Steven Soderbergh’s “Kimi.” The HBO Max original film stars Zoë Kravitz as an agoraphobic tech worker who, while listening in on a data stream (ie an Alexa-like device), thinks she hears a crime. When her corporate bosses ignore her concerns, she ventures out into the world to try and solve the mystery herself. With shades of Hitchcock, the film is set in a COVID-19 Seattle and Soderbergh mines the anxieties of the time to further ramp up the tension for Kravitz’s character. The film also boasts a screenplay by “Panic Room” and “Jurassic Park” writer David Koepp.

See also  Who is the real villain of WandaVision?

One of the best films ever made about death is Albert Brooks’ 1991 comedy “Defending Your Life.” Brooks plays a Los Angeles advertising executive who dies in a car accident and arrives in a kind of purgatory called Judgment City, where his life is due to be judged and his afterlife fate will be decided. While waiting, he meets and falls in love with a woman named Julia (played by Meryl Streep) who has seemingly lived a perfect life on earth. In order to stay with Julia, Brooks’ character must make the case that he lived his life to the best of his ability.

The music biopic is put on its head I the 2014 film “Love & Mercy,” which tells the story of Beach Boys co-founder Brian Wilson as he struggles with mental illness in dual timelines. Paul Dano plays a young Brian Wilson struggling to create his masterpiece of him with the album “Pet Sounds,” while John Cusack plays the older Wilson who’s under a questionable 24-hour therapy program and locked away from his family and friends. The film gets at the sadness underlying Wilson and his music by him, and covers the making of one of the greatest albums in history.

A good old-fashioned Western, director James Mangold’s (“Logan,” “Ford v. Ferrari”) 2007 take on “3:10 to Yuma” is a thrilling affair. Set in 1884 Arizona, the film stars Christian Bale as an impoverished rancher who, along with his young son de él (played by Logan Lerman), takes a job escorting a criminal (played by Russell Crowe) to a train that’ll take him to justice. But the journey is hard-fought as they’re besieged by dangerous obstacles at every turn.

One of 2021’s most pleasant surprises was the sci-fi blockbuster “Free Guy,” which comes to HBO Max on Feb. 23. The film stars Ryan Reynolds as a “non-playable character” in a “Sims”-like video game who suddenly gains consciousness and starts to think for himself. He teams up with an outside player from the real world (played by Jodie Comer) to uncover secrets hidden within the game by the nefarious game company CEO, played by Taika Waititi. The film is a funny, thrilling and sneakily emotional story about taking charge of your life. 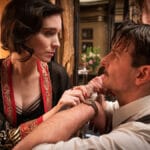