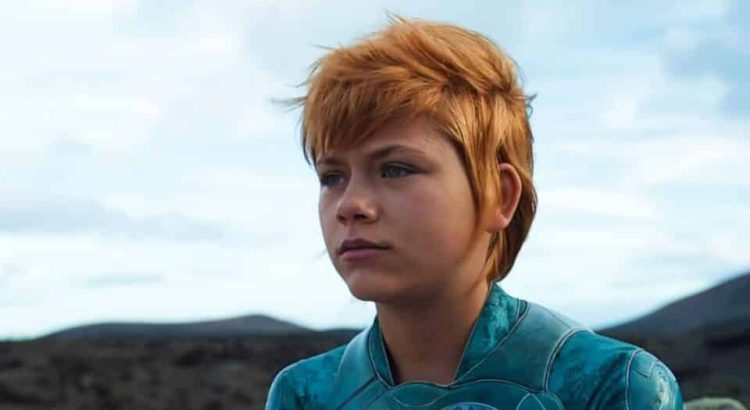 The movie The Eternals It may have been a story about immortal beings on a mission to protect the earth from Deviants, but that didn’t stop the cast from sharing plenty of off-screen hilarious moments. For Lia McHugh, there was a particularly embarrassing moment with her co-star Angelina Jolie that she is still embarrassed to remember.

The 17-year-old actress played Sprite, an Eternal who projects realistic illusions and also has the permanent appearance of a child, despite her long age. In a recent interview with CinemaBlendthe actress revealed a hilarious moment she filmed with Jolie, which didn’t even make it to the final cut of the film:

“I had to shoot a scene where I had to sing karaoke on the private jet, and I have to say it was probably one of the most humiliating moments of my life. I had to do my best and I sang the song that was playing in the trailer. I had to sing that song to Angelina Jolie. It was like singing to her to Barry and Kumail. It was probably the most embarrassing moment of my life and I remember Chloé coming up to me and saying, ‘Are you trying to sing wrong, Lia?’ And I wasn’t, but I said, ‘Yeah, definitely.’”

Synopsis: The Eternals introduces a new team of Super Heroes to the Marvel Cinematic Universe: ancient aliens who have secretly lived on Earth for thousands of years. Continuing the events of Avengers: Endgamean unexpected tragedy forces them out of the shadows to reunite and face humanity’s oldest enemy: the Deviants.

The Eternals is currently out now on Disney Plus for your subscribers. It’s unclear if McHugh’s scene with Jolie will be part of the deleted scenes in the home version, but it’s reassuring to know. Remind you that you still have time to participate in our raffle for a set made up of 7 figures from Los Eternos through our instagram account at the following link.