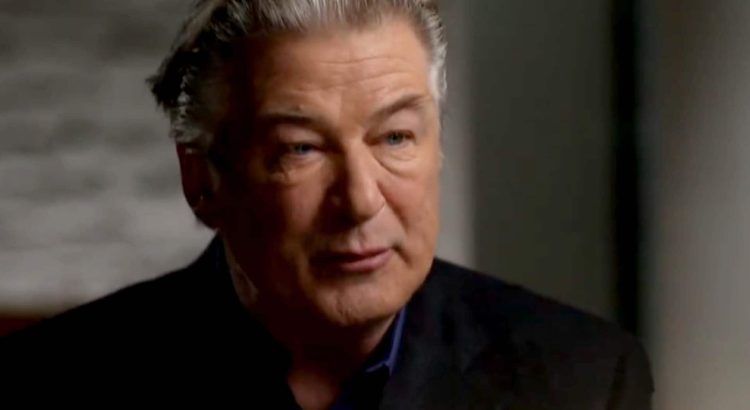 The family of a cinematographer shot and killed on the set of the film rust is suing Alec Baldwin and the movie’s producers Tuesday for wrongful death.

Lawyers for the family of Halyna Hutchins announced the lawsuit filed in New Mexico in the name of Hutchins’s husband, Matthew Hutchins, and their son, Andros, at a Los Angeles news conference.

At least four other lawsuits have been filed over the shooting, but this is the first directly tied to one of the two people shot.

The “reckless conduct and cost-cutting measures” of Baldwin and the film’s producers “led to the death of Halyna Hutchins,” lawyer Brian Panish said.

A video created by the lawyers showed an animated recreation of the shooting.

In an interview with ABC News, actor Alec Baldwin says he didn’t pull the trigger on the prop gun he was holding when it fired and killed a cinematographer on the film set of Rust in October. 1:38

Baldwin, who was also a producer on the film, was pointing a gun at Hutchins during the setup for the filming of a scene for the western in New Mexico on Oct. 21, 2021, when it went off, killing Hutchins and wounding the director , Joel Sousa.

Baldwin has said he was pointing the gun at Hutchins at her instruction and it went off without him pulling the trigger.

The lawyers said in the video that Baldwin had turned down training for the kind of gun draw he was doing when he shot Hutchins.

See also  Girlfriend, girlfriend: [SPOILER] He is rejected by Naoya

It said industry standards call for using a rubber or similar prop gun during the setup that was happening, and there was no call for a real gun.

Emails sent seeking comment from a lawyer for Baldwin and a representative of the film’s other producers were not immediately returned.

‘Some complacency’ in gun safety on set

Last month, nearly three months after the shooting, Baldwin turned over his cellphone to authorities in his home state of New York. They gathered information from the phone and provided it to Santa Fe County investigators, who had obtained a warrant for it.

Investigators have described “some complacency” in how weapons were handled on the rust set. They have said it is too soon to determine whether charges will be filed.

Baldwin said he does not believe he will be criminally charged in the shooting.

The film’s script supervisor and its lead camera operator, both of whom were standing a few feet away when Hutchins was shot, each filed a lawsuit over the trauma they went through.

And the film’s armorer Hannah Gutierrez Reed, who was named as a defendant in those lawsuits and blamed by some for the shooting, filed her own suit saying an ammunition supplier created dangerous conditions by including live ammunition in a box that was supposed to include only dummy rounds.

In an interview with ABC News in December, Baldwin said he felt incredible sadness over the shooting, but not guilt.

“Someone is responsible for what happened, and I can’t say who that is, but it’s not me,” Baldwin said.

He said Hutchins had asked him to point the gun just off camera and toward her armpit before it went off.

Hutchins, 42, grew up on a remote Soviet military base and worked on documentary films in Eastern Europe before studying film in Los Angeles and embarking on a promising movie-making career

On her Instagram page, Hutchins identified herself as a “restless dreamer” and “adrenaline junkie.”

In a 2019 interview with an American Cinematographer, who named her one of the year’s rising stars, she described herself as an “army brat” drawn to movies because “there wasn’t that much to do outside.”

She would document herself parachuting and exploring caves, among other adventures, and through her work with British filmmakers, became “fascinated with storytelling based on real characters.”