‘The Glass Girls’: First images and release date on Netflix 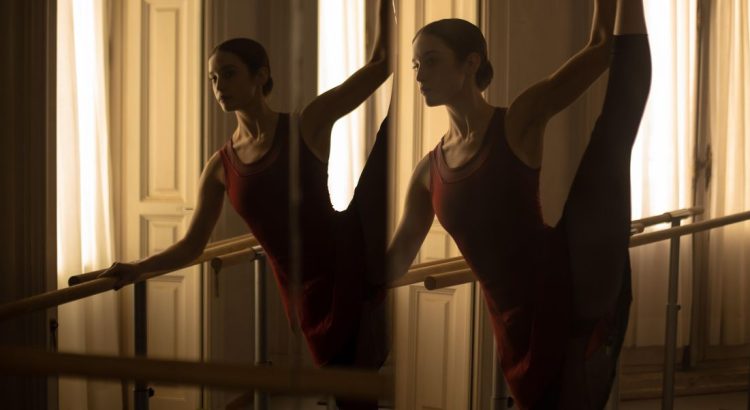 After the star of the National Classical Ballet tragically commits suicide, Irene is selected to take her place in the company’s biggest ballet production: Giselle. Now the target of all the jealousy and cruelty of her classmates, Irene finds a friend in the new dancer, Aurora, a lonely teenager dominated by her mother. Isolated and pressured by the sacrifice involved in succeeding in dance, Irene and Aurora’s relationship becomes closer and closer, as well as obsessive. Together they flee forward in search of themselves.

Next April 8 arrives on Netflix ‘The Crystal Girls’the new film by director Jota Linares (‘Who would you take to a desert island?’) starring María Pedraza, in the shoes of the great star of the National Classical Ballet under the orders of the choreographer and National Dance Prize winner Antonio Ruz .

The film, which will compete for the Golden Biznaga at the Malaga Festival, has a script by Jota Linares and Jorge Naranjo himself and completes its main cast with actresses of the stature of Mona Martínez, Marta Hazas and Ana Wagener, who are joined by new talents such as Olivia Baglivi, Juanjo Almeida and a cast of professional dancers making their acting debut, led by Paula Losada.

Produced by Juan Solá, Nacho Manubens, Toni Sevilla and Mark Albela from Federation Spain, ‘Las Niñas de Cristal’ is the director’s most personal project: “This is my most honest film, it speaks through fiction of all my obsessions, about what success and failure are and the blurred border that exists between one and the other.”

María Pedraza also acknowledges that this film has marked her career in a very special way, as she told us in this interview just after the shooting of the film: “It has been a project that I do not believe I have done. I shot it in a personal moment that I will tell when it is released, I am going to be as transparent as I have been in the film. I want to be very raw with what I have sense, because this film has marked a before and after in my life. When I see it there will have to be an ambulance outside waiting for me, I won’t be able to stop crying…”

The film will be part of the Official Section of the next edition of the Malaga Festival, where ‘Alcarràs’, directed by Carla Simón and which has just made history by winning the Golden Bear at the Berlin Festival, will also compete; ‘Canallas’ by Daniel Guzmán; ‘The Turtle Maneuver’, directed by Juan Miguel del Castillo; and ‘They arrived at night’, the latest film by Imanol Uribe.