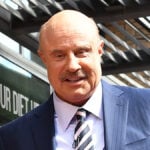 The Baltimore Sun published an extensive editorial on Friday apologizing for the newspaper’s legacy of racism against Black Marylanders and Black Americans more broadly.

The article, titled “We are deeply and profoundly sorry: For decades, The Baltimore Sun promoted policies that oppressed Black Marylanders; we are working to make amends” began by addressing founder Arunah S. Abell’s longtime support of slavery and segregation.

“Instead of using its platforms, which at times included both a morning and evening newspaper, to question and strike down racism, The Baltimore Sun frequently employed prejudice as a tool of the times. It fed the fear and anxiety of white readers with stereotypes and caricatures that reinforced their erroneous beliefs about Black Americans,” reads the letter.

“Through its news coverage and editorial opinions, The Sun sharpened, preserved and furthered the structural racism that still subjugates Black Marylanders in our communities today.”

The Editorial Board went on to list several examples of “the paper’s offenses” in order to “turn the spotlight on ourselves and our institution.” These include featuring classified ads for selling slaves and rewards for returning escaped slaves in 1837; editorials calling for the disenfranchisement of Black voters and racial segregation in the early 1900s; and a failure to hire Black journalists prior to the 1950s “and too few Black journalists ever since.”

After a lengthy acknowledgment of its history and accompanying apology, the Editorial Board expressed its commitment to “atoning for the paper’s past wrongs regarding race” with a series of diversity and inclusion initiatives. 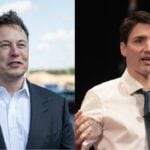 The Sun’s current publisher and editor-in-chief, Trif Alatzas, published an addendum on the Sun’s website this morning.

“In an editorial today, we chronicle The Baltimore Sun’s history in covering the Black community,” he wrote. “We also apologize for The Sun’s failures in that coverage. Too often, The Sun did not use its influence to better define, explain and root out systemic racism or prejudiced policies and laws. And, at times throughout its 185-year history, The Sun actively advocated for inequality.”

The note continued: “It is a disturbing piece to read, containing descriptions and examples of racist statements, scenarios and news coverage. It is a necessary introspection, and, along with the apology, is overdue. We know we need to do better and are committed to doing so.” 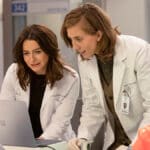