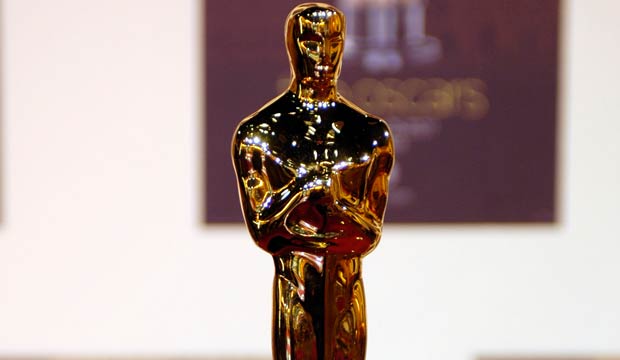 On Tuesday night, The Academy of Motion Picture Arts and Sciences announced to its members a significant change to the upcoming 2022 Oscars broadcast. Eight different category winners will be revealed to assembled industry personnel at the Dolby Theater in Hollywood, but it won’t happen live on the air. These trophies will be handed out one hour prior to the “official” start of the show (as A-listers are making their red carpet arrivals) and then the acceptances will be edited (and likely truncated) into the show later.

This will, the thinking goes, tighten up the length of the ceremony for home viewers. “For the audience at home, the show’s flow does not change, though it will become tighter and more electric with this new cadence, and the live broadcast should end – yes, with the Best Picture category – at the three-hour mark,” academy president Dave Rubin wrote in a letter to AMPAS members.

This is certainly the biggest change to the Oscars-as-television-show since the creation of the Governors Awards in 2009, in which honorary awards for career achievement and special recognitions like the Jean Hersholt Humanitarian Award (or, on alternating years, the Irving G. Thalberg Memorial award) were bumped to an earlier ceremony.

Critics, award-lovers, and general movie people took the news with a reasonable “let’s wait-and-see” attitude. Wait, no! That’s not true. Folks went positively apoplectic online, and why shouldn’t they? What is the point of the Oscars if you don’t get really worked up about them, right?

A position repeated by many was one bluntly stated by author and reporter Mark Harriswho said that the days of high ratings for the Academy Awards telecast are never coming back, and sapping the show of its core attraction (watching people react to their win in real-time) is disrespectful to the people who make movies.

If you define “saving” the Oscars as recapturing its ratings highs, that will never happen for this or any other awards show. Accept that the world has changed, and produce a confident show for movie lovers, one that honors film history, new movies, and the people who make them. https://t.co/Zq0CtJz4MT

Actress Melanie Lynskey, apart from a blanket statement about wanting to see “all of the awards,” made the good point that some of the affected categories aren’t exactly small fry. Production design, makeup & hairstyling, and score are really, really important to a lot of people!

I love acceptance speeches. I love craftspeople being honored for what they do. Production design is the category I’m most excited about this year (except for Best Actress because anything could happen!!) I want to see all of the awards #AcademyAwards

Writer jamelle bouie brought up the topic of editing. Now, this has always been a controversial award. When editing is good, you don’t notice it. Unless you are an editor yourself, it’s hard to really know what “best editing” is. (We can all give a valid reaction to, say, Best Supporting Actress.) Moreover, an editor can only accomplish their goal based on the footage they have. Many theorize that John Ottoman‘s win for “Bohemian Rhapsody,” one of the few recent films with such noticeable editing that a scene from the movie went viral for the wrong reasons, was awarded because his colleagues knew the inside scoop: he’d somehow taken a messy mountain of discombobulated material and sculpted it into something watchable.

See also  How to Watch Marry Me: Where Is the Romcom Streaming?

None, Bouie makes a key point. Editing is what makes movies movies. No other art form has this very specific craft, which blends technical skill, gut instinct, and artistic inspiration. Editors are wizards and should be treated with respect.

absolutely wild stuff to take film editing off the air. like, film editing is literally what makes a movie a movie https://t.co/7ExwPIT726

The editing snub (and let’s just call it a snub) ranked a lot of people. actor and comic patton oswalt, in a lengthy screed about the changes, talked about how important editing is, and also brought up an important point. Long before ABC gets to the weaving in the “missing eight” into their broadcast, we’ll already know the winners thanks to reporters’ tweets.

Critic and curator Farran Smith Nehme rolled her eyes at the whole affair, casting doubt on the efficacy of trying to court public favor in an attempt to get more viewers. (Last year’s ceremony was the lowest-rated Oscars ever.)

“The public” my ass. This is like the Democrats who chase all-day Fox viewers. It’s as bad as the “Governors Awards.” The Oscars need to wise the hell up to who cares about movies and who does not and what’s more, never will. https://t.co/fbYHnO5cX7

Unbelievable. Sure sure, who cares about film editing or production design, not like those affect the damn movie. Just hand it over to Disney. Have awards for “Best Triceps” or “Best Faked Destruction of a National Landmark” or whatever.

Podcaster Rachel Fisher echoed many when she remarked that the whiplash of seeing Hollywood stars applauding the “regular people” who win the shorts categories is something she will miss.

and critical Vikram Murti chimed in with this absurdist take that I didn’t even understand but made me chuckle.

BREAKING: The Academy says that the Oscars will consist of James Corden alone on a stage humping the air in his mouse costume to the tune of “Let’s Get Loud” for two hours while the winners are displayed on a screen behind him.

See also  Everything New in Sea Of Thieves: A Pirate's Life Crossover

Make your predictions at Gold Derby now. Download our free and easy app for Apple/iPhonedevices or Android (Google Play) to compete against legions of other fans plus our experts and editors for best prediction accuracy scores. See our latest prediction champs. Can you top our esteemed leaderboards next? Always remember to keep your predictions updated because they impact our latest racetrack odds, which terrify Hollywood chiefs and stars. Don’t miss the fun. Speak up and share your huffy opinions in our famous forums where 5,000 showbiz leaders lurk every day to track the latest awards buzz. Everybody wants to know: What do you think? Who do you predict and why?

SIGN UP for Gold Derby’s free newsletter with latest predictions