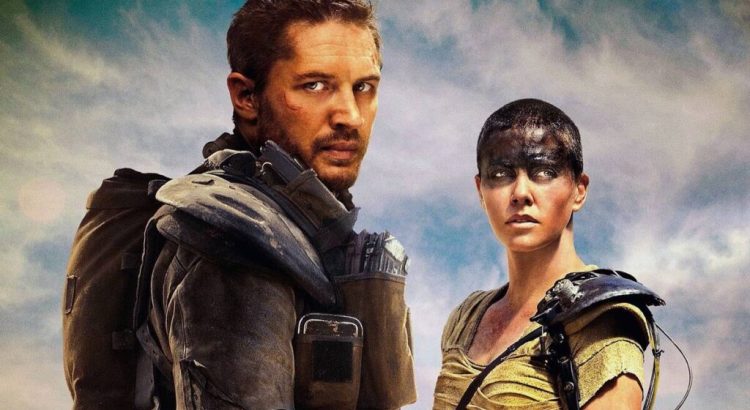 The tales of the making of Mad Max: Fury Road have become the stuff of Hollywood legend and I honestly thought I had heard it all when it came to the tensions on the set of the George Miller-directed Oscar winner. Well, thanks to a new book from New York Times columnist Kyle Buchanan called “Blood, Sweat & Chrome: The Wild and True Story of Mad Max Fury Road”, we’re learning even more and that includes the fact that Charlize Theron felt threatened enough by co-star Tom Hardy that she requested on-set protection.

It’s no secret that the relationship between Charlize Theron and Tom Hardy was volatile at times during the making of the film. Both actors have since said that the grueling conditions of the production and a lack of communication were the main culprits behind their rift and they eventually mended fences but details in the book give us a clear picture of exactly how bad things got at the time, with some exceptions courtesy of Vanity Fair.

Theron and multiple crew members that worked on the film tell Buchanan that Hardy’s persistent tardiness to the film’s Namibia desert set led to a tense exchange between the actors and the moment left Theron so frazzled that she requested protection from her co-star. Here is what camera operator Mark Goellnicht had to say:

“I vividly remember the day. The call on set was eight o’clock. Charlize got there right at eight o’clock, sat in the War Rig, knowing that Tom’s never going to be there at eight even though they made a special request for him to be there on time. He was notorious for never being on time in the morning. If the call time was in the morning, forget it — he didn’t show up.”

They go on to explain that Theron sat in the War Rig in full makeup and costume, and waited. Goellnicht added that “she didn’t go to the bathroom, didn’t do anything.” Hardy, who played Max Rockatansky in the film, finally arrived on set three hours later and this set Theron, who co-starred as Furiosa, completely off. Goellnicht says that “She jumps out of the War Rig, and she starts swearing her head off at him, saying, ‘Fine the f**king c*** a hundred thousand dollars for every minute that he’s held up this crew,’ and ‘How disrespectful you are!’” She was right. Full rant. She screams it out. It’s so loud, it’s so windy — he might’ve heard some of it, but he charged up to her and went, ‘What did you say to me?’” Goellnicht added “He was quite aggressive. She really felt threatened. That was the turning point, because then she said, ‘I want someone as protection.’”

Theron also adds that “it got to a place where it was kind of out of hand, and there was a sense that maybe sending a woman producer down could maybe equalize some of it because I didn’t feel safe.” Veteran producer Denise Di Novi was eventually set to Namibia to mediate the conflict and while she regularly checked in with Theron, she mostly stayed in the production offices. This left Theron feeling “naked and alone” on set.

“I don’t want to make excuses for bad behavior, but it was a tough shoot. Now, I have a very clear perspective on what went down. I don’t think I had that clarity when we were making the movie. I was in survival mode; I was really scared s***less.”

To Tom Hardy’s credit, he has grown after the experience and told Buchanan in an email that “In hindsight, I was in over my head in many ways. The pressure on both of us was overwhelming at times. What she needed was a better, perhaps more experienced partner in me…I’d like to think that now that I’m older and uglier, I could rise to that occasion.”

It seems like these things were mostly settled by the time the film premiered because you can find red carpet interviews where they’re both speaking fondly of each other and they had to pose together for several photos. It’s a part of their job and maybe they had to fake it a bit during that period but I think they have both talked about these moments after the dust settled and they realized that they were both in a very difficult place in terms of the movie they were making and not getting the proper guidance they needed from Miller at the time. I’m glad they made it through the experience because it certainly sounds brutal.

See also  Invincible creates a showdown the comics never had

What are YOUR thoughts on the latest revelations from the times on the set of Mad Max: Fury Road?