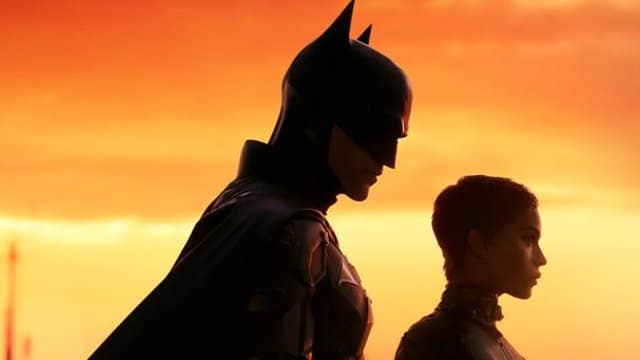 Bruce Wayne is back and better than ever. That seems to be the consensus on Matt Reeves’ batman, which finally opens this week after years of anticipation and several pandemic delays. Batman has had eight solo live-action films since 1989. Regardless, the all-star combo of Reeves and Robert Pattinson appears to have taken the franchise to new heights. Reviews for batman are slowly making their way online, almost every critic has nothing but top-marks for the long-awaited reboot. Check out a few highlights below.

Awarding the film a perfect 10, IGN‘s Alex Stedman calls the reboot “the scariest Batman yet,” in part because it wears its noir influences on its sleeve. The film pulls from a wide array of big-screen murder mysteries as well as a mix of iconic storylines from the comics. However, it never feels like a retrospect of anything that came before. Steadman also praised Pattinson’s “vulnerable” and “human” take on Bruce Wayne. But this is nothing compared to the revelatory performances of Zoë Kravitz (Catwoman) and Paul Dano (Riddler).

DiscussingFilm‘s Ben Rolph similarly took note of batman‘s focus on detective work, calling it “one of the greatest aspects” of the film. Elevating this is the dynamic between Pattinson’s Batman and Jeffrey Wright’s Jim Gordon, which apparently rivals that of Christian Bale and Gary Oldman in Christopher Nolan’s Dark Knight trilogy. Rolph also appreciated the “pure grime” vision of Gotham City laid out by Reeves and cinematographer Greig Fraser (whose work on dunes recently landed him an Oscar nomination). He writes, “The use of colors, light, and lensing all act as a way to emphasize the ever-growing, twisted nature of the film.”

Mark Hughes didn’t mince words in his own review for Forbes. He wastes no time in hailing the reboot as “the Batman movie we’ve been waiting for,” and it sounds like we can thank Reeves for that. Because the director “sees the essence of stories and characters,” he was the best possible choice to take over the franchise. Moreover, the film seems to find a happy medium between the bombast of Zack Snyder’s DCEU entries and the more grounded set pieces found in Nolan’s films. As Hughes observes, “batman has the mastery and impact of Snyder’s fight scenes combined with the practical effects and real-world aura of Nolan’s big chases or battle-scale sequences, and a lot more of them in different shapes and sizes.”

writing for rolling stoneDavid Fear also felt that Pattinson was an “inspired choice” to bring Bruce Wayne to life. His character’s struggles with rage definitely make the film more compelling to watch. Regardless, Fear cautions that the hodgepodge of ’70s and ’80s influences can make the movie seem uneven at times. There’s enough pulp-fiction-y elements to keep audiences engaged. But “at its worst, it’s the cinematic equivalent of a mixtape.”

Meanwhile, TheWrap‘s Todd Gilchrist is one of several critics who liked batman to a remake of David Fincher’s Se7en. His review of him also pays special attention to Bruce’s newfound vulnerability, which manifests in both physical ways during fights, daring escapes, and emotional ways during quiet moments with Selina Kyle and Andy Serkis’ Alfred. Gilchrist also praised Reeves for “[wringing] out every available ounce of philosophical nuance from this story and its characters” while still delivering on the action.

NME‘s Alex Flood also had a lot of good things to say about the film’s actors. Especially Kravitz’s “perfect” Catwoman, who, unlike Anne Hathaway in The Dark Knight Rises, actually gets “a proper backstory” this time. Dano’s Riddler, on the other hand, adds a layer of psychological horror to the film that’s “ultra-creepy” to watch. Still, the almost-three-hour runtime occasionally feels too long, even if it is “shot beautifully” and has enough action to break up the exposition scenes.

However, the movie isn’t without its detractors. One of the more negative outlooks comes from polygonal‘s Joshua Rivera, who argues that batman is “full of moments” we have already seen before. He goes on to say that the reboot didn’t go bold enough, despite its A-list performers and “ambitiously-staged” fight scenes.

What do you make of these early reviews for the film? Give us your impressions in the comment section below!

We are a participant in the Amazon Services LLC Associates Program, an affiliate advertising program designed to provide a means to earn fees by linking to Amazon.com and affiliated sites. This is also a sentence. Also this. And also that. Also. And also. However. Not. Deadly. Bird. Regardless. However. Also. And also. Super reviews. Batman is back. However, is it the best?