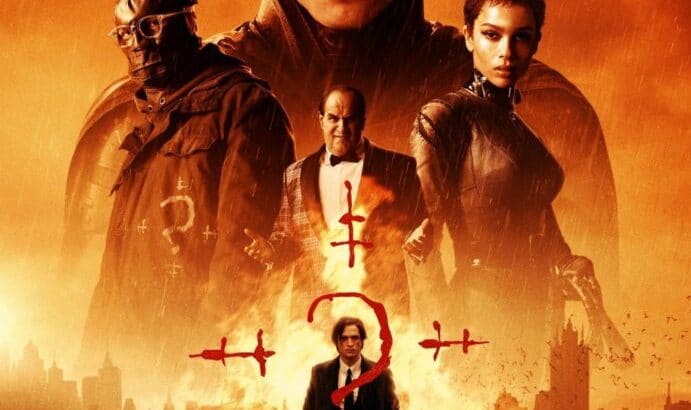 Hey everyone, guess what? Batman is back! Only now he’s THE Batman. He’s a lot meaner this time around, but you’ll be happy to know that he’s still the brooding loner we’ve come to love.

It’s Halloween night in Gotham City, a few days before the city elects it’s next Mayor. A raspy voice tells us that it’s only been two years since he began donning the cowl and dealing with the scum of the city. He is referred to in the media as “the Vigilante,” but we know him as Batman. Or, rather, THE Batman. Whatever you call him, his presence is embraced by Detective James Gordon (Wright), who angers his superiors by giving the Caped Crusader access to crime scenes. After all, he IS the World’s Greatest Detective!

A local politician has been brutally murdered and a calling card has been left on the body in the form of a riddle addressed to the Batman. This sets up the next chapter in the revolving Batman saga.

Dark, both in theme and presentation, “The Batman” is the latest attempt to bring the character into the 21st Century. Director Reeves thankfully spares us his vision of the murder of Bruce Wayne’s parents, apparently assuming that everyone knows that Thomas and Martha Wayne were murdered in front of their young son, thereby creating the impetus that makes him a crime fighter. Of course, with a running time of almost three hours, perhaps Reeves shot the scene but cut it for time. Thank you. 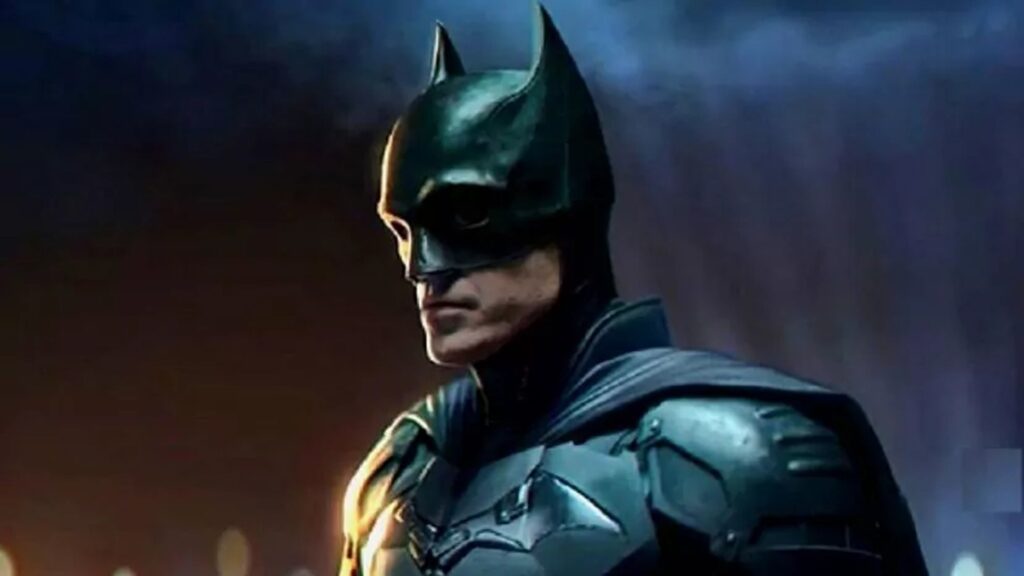 In this Gotham City the sun rarely shines, it constantly rains and the best way to see ANYTHING is with a flashlight. If I lived there I would be the very wealthy proprietor of a chain of FLASHLIGHT WORLD stores. The darkness spills over into the tone of the film. This Batman reminds me of the character from the 1940s comic books, someone not afraid to brutally punch a criminal in his face until his arm gets tired, or kick one off a roof for being naughty. “I’m Vengeance,” the Batman remarks early in the film. He isn’t kidding.

The film is full of familiar characters with slightly different spins, including Selina Kyle (Kravitz), Alfred (Andy Serkis) and Oswald Copperpot, played by a brilliant and unrecognizable Collin Farrell. It also has some much needed humor, something that was sorely missed in the recent Zack Snyder/Ben Affleck incarnation. The humor helps offset some of the darker moments. The action scenes are intense and well choreographed, but the film eventually falls victim to its own running tine. Sometimes too much is…well…TOO MUCH.

The cast is fine, with Pattinson adding his own touch to a role now undertaken by six different actors in the past 30 years, seven if you go back to Adam West and the original television show of the 1960s. If you only think of Pattinson as Edward from the “Twilight” series you are selling a very talented actor short. The supporting cast is equally engaging and the new character arcs are a nice change. However, I think the film could have dropped 45 minutes and created a much tighter story, which is why I’m not as high on the film as I’d like to be.