Netflix Nabs Rom-Com ‘Hello, Goodbye and Everything in Between’ 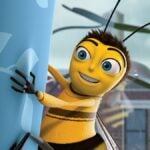 Netflix has acquired the rights to a young adult romantic comedy titled “Hello, Goodbye and Everything in Between” from the producers of the streamer’s hit trilogy of YA films, “To All the Boys I’ve Loved Before.”

Netflix acquired the project from ACE Entertainment, which produced all three of the “To All the Boys” films and also financed and produced “Hello, Goodbye and Everything in Between,” based on Jennifer E. Smith’s novel of the same name. The film has already completed production, and Netflix is ​​now adding it to their 2022 slate for a release later this summer.

“Hello, Goodbye and Everything in Between” stars Jordan Fisher (“Work It”) and Talia Ryder (“Never Rarely Sometimes Always”). The romantic comedy is about a couple who made a pact to break up before college, only to find themselves retracing the steps of their relationship on their last evening as a couple. The epic date leads them to familiar landmarks, unexpected places and causes them to question whether high school love is meant to last. Ayo Edebiri and Nico Hiraga also co-star.

“Hello, Goodbye” is the directorial debut of Michael Lewen, who is working from a script by Ben York Jones and Amy Reed based on Smith’s book.

Matt Kaplan is producing for ACE Entertainment. The film’s executive producers are Max Siemers, Matthew Janzen, Aubrey Bendix, Jennifer E. Smith, Christopher Foss and Ben York Jones, as well as Fisher, who is listed as an executive producer for the first time in his career.

Fisher will also help create some original music for the film in conjunction with ACE’s Music Department and ACE in the Hole.

See also  'Stranger Things': Maya Hawke talks about how her character's coming out of the closet helped viewers

The most recent “To All the Boys” film, “Always and Forever,” debuted on Netflix in 2021. 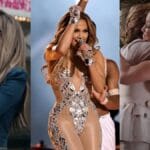