Review The Batman: The best Batman movie ever 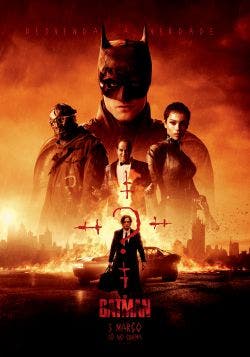 We have been able to see the new movie of The Barman and you are not going to remain indifferent, we tell you that it seemed to us without spoilers

Next Friday, March 4, the new film from the world of DC opens, batman, and luckily we have already been able to see it. Matt Reeves and Robert Pattinson created many doubts for comic book fans and everything that has revolved around the film has been a great unknown.

It was not a mystery because of how the plot of the film was going to be, or how the Batman suit was going to be. In this case, the question was whether DC and Warner Bros would be up to the task of being able to make a film as the canons dictate and give people what they want to see in a Batman movie.

After seeing the film, we have drawn a few conclusions, but there is a maximum regarding the film. It is the best movie ever made about the character.

The reboot created by Matt Reeves, after the failed “Snyderverse”, it was a poisoned candy. Most people have focused more on how Robert Pattinson was going to change vampire fangs to bat fangs than on the story itself. The film shows the foundations of a world that is going to be much bigger than what we have seen in this film, and we have seen a lot, since it lasts 176 minutes.

Apart from focusing on the typical main plot of Batman looking for and trying to defeat one of his enemies, subplots are added throughout the film, which makes that time you are sitting in the chair go by very quickly.

Apart from the already confirmed Batverse that the director has in mind, we have been introduced to very relevant characters in the coming years, of whom we will probably see things sooner than we think.

Robert Pattinson. My first thought when I heard that the Twilight actor was going to play Batman was that he was going to be a total disaster. Fortunately, the human being is wrong, because during the film Robert has two faces and the one who is masked wins.

It is clear that the Londoner has worked a lot in the creation of the character, since he creates a tough Batman. He is not the typical seductive Bruce Wayne that we have seen other times. This Bruce Wayne is dark and when he appears on screen in his multiple confrontations you can see the darkness of the character, which is easily comparable to the Batman of the comics. The bad thing about Robert Pattinson in his interpretation is when he takes off his mask, which reminds him more of a sad teenager with a crushed body in the gym.

Zoe Kravitz creates a perfect Catwoman. We are shown this independent and smart vigilante who does whatever it takes to achieve her goal. Paul Dano and Collin Farrell in their performance as Riddler and The Penguin go from worst to best. Enigma’s madness and obsession with increasingly macabre puzzles is sublime. El Pingüino, of which we will see a series shortly, is a character that grows as the minutes go by and we can begin to see that great capo that he is.

See also  'All Quiet on the Front': the brutal Netflix war movie that could reach the Oscars

To end the characters, highlight the work of Jeffrey Wright, who has created a very believable Inspector Gordon, giving him a passion and devotion to his work and who puts his job as a Gotham policeman first and foremost. If I had to choose two characters from the movie, I would choose Catwoman and the Inspector, since their resemblance to the comics is sublime.

Is it as good as it is said?

Yes. It’s good, for my taste, as I said, the best movie made about the DC character. Everything is very well spun, and although it is true that there are scenes from the film that we have been able to see in other previous films, the Gotham created, with a clear preponderance of red and black, is scary. It is that fear that Batman wants to instill in his enemies.

The characters are very well built and we are lucky that Robert Pattinson has created a real Batman, one that if compared to the superhero of the «Long Halloween» is practically identical. A Batman at the height of the character, that time and his appearance in future films will end up creating a criticism about him.

If I had to keep something from the film, it would be the feeling when leaving the cinema that there is going to be more. And more good things on top. That feeling is perhaps the best you can get out of a movie theater with.

Synopsis: New reboot of the popular DC Comics character, Batman, which will take place in the early days of Gotham’s caped crusader with Robert Pattinson in the role of Bruce Wayne/Batman. This story will feature several iconic villains from the dark knight.