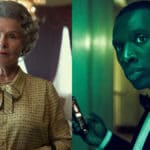 A new episode will launch every day with 24 questions – half “standard” and half “hard” – in categories
including science, history, entertainment, sports, art and geography, Netflix said Thursday. Each question is multiple choice, with four possible answers.

“Trivia Quest” also features a narrative component, with players trying to help heroic main character Willy save his friends in Trivia Land from the evil Rocky – who’s a talking knife for some reason – and who is trying to hoard all the knowledge in the world . The more right answers users get, the more help they give Willy.

Users can also rack up points by replaying quizzes to answer questions you previously missed. At key milestones, the kidnapped characters are released from Rocky’s dungeons.

Unlike Netflix Games, which is only available on mobile, “Trivia Quest” will be available on a variety of supported devices, including smart TVs, streaming media players, game consoles, computer browsers and Android phones and tablets.