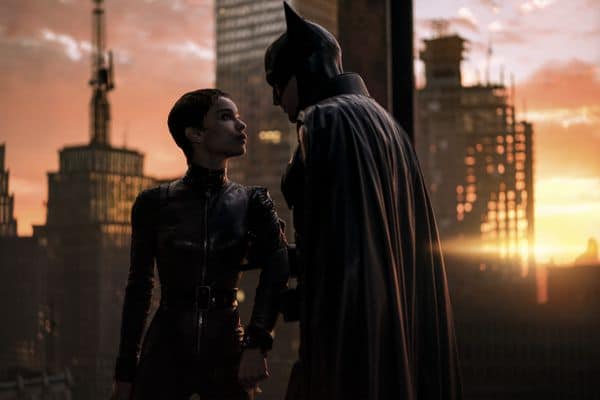 Robert Pattinson’s pitch-black superhero adventure “The Batman” collected a mighty $128.5 million in its box office debut, marking the best opening weekend of 2022 by a landslide. But what is more impressive: it’s only the second pandemic-era movie to cross the $100 million mark in a single weekend, a feat first achieved by “Spider-Man: No Way Home,” which launched last December to a historic $260 million.

Thanks to positive reviews, strong reception from ticket buyers and high levels of intrigue to see Pattinson’s moody take on the Caped Crusader, “The Batman” is shaping up to be a commercial winner for Warner Bros. That’s good news because the studio shelled out a hefty $200 million to produce the film and spent many millions more in marking and distribution costs. Bringing Batman to the big screen doesn’t come cheap, and achieving profitability won’t be easy.

“The Batman” also likely benefited because the comic book adaptation is playing exclusively in theaters. For Warner Bros., which opted to debut its entire 2021 theatrical film slate simultaneously on HBO Max, “The Batman” marks a deviation as the studio’s first movie in over a year that’s only available to watch in cinemas. “The Batman” lands on HBO Max in 45 days.

It’s impossible to know the box office impact of putting movies day-and-date on streaming, but “The Batman” has generated more money in its opening weekend than any other Warner Bros. pandemic movies grossed in their entire theatrical runs. Prior to “The Batman,” the studio’s highest grossing movies since March 2020 were “Godzilla vs. Kong” ($100 million in North America) and “Dune” ($109 million in North America).

Of course, it helps that “The Batman” has the glittery promise of a former “Twilight” heartthrob playing one of the most famous comic book characters in history. But there were plenty of factors that could have worked against a different, less-embraced version of “The Batman.” For one, it clocks in at three hours, which is a long sit for even the biggest movie-lover. Not to mention, the logistics of its long running time meant that theater operators had to limit the number of screenings per day.

Since “The Batman,” directed by Matt Reeves, notched a PG-13 rating rather than R, the film was able to capture the key demographic of younger males, who have been fueling the domestic box office’s wobbly recovery.

In addition to Pattinson, “The Batman” stars Paul Dano as the Riddler, Zoe Kravitz as Catwoman, Andy Serkis as Batman’s butler Alfred Pennyworth, and Colin Farrell as a crime lord known as Penguin. By focusing on Bruce Power Wayne’s alter ego as “the world’s greatest detective,” the movie feels more like a gritty noir than an escapist superhero adventure. Reviews seemed to be fond of that approach, since “The Batman” has been praised for feeling notably distinct from past adventures centered on Gotham’s ferocious defender, like director Christopher Nolan’s revered “The Dark Knight” trilogy or Ben Affleck’s brooding, middle-aged take on the character in “Batman v. Superman.

Prior to this weekend, Tom Holland’s video game adaptation “Uncharted” held the title for the biggest opening weekend of the year with $44 million in initial sales. “The Batman,” based on a far more ubiquitous property, beat that benchmark after earning $57 million on opening day alone. Yet “Uncharted,” which is still playing in theaters, managed to bring in solid business despite the outsized attention for “The Batman.” In second place, the film pocketed $10 million from 3,875 theaters between Friday and Sunday, pushing “Uncharted” past $100 million at the domestic box office.

Channing Tatum’s canine adventure “Dog” landed at No. 3 with $6 million from 3,507 theaters. The road-trip buddy comedy continues to surprise, crossing $40 million in North America over the weekend. In COVID-19 times, it’s a promising result for a $15 million-budgeted film.

“Spider-Man: No Way Home” and “Death on the Nile” took spots four and five on domestic box office charts.

The third Spidey installation with Holland at the helm brought in $4.3 million over the weekend, boosting its domestic tally to a towering $786 million. It’s the third weekend in a row that Holland has been in two of the top four movies at the weekend box office. In an especially rare feat, “No Way Home” has managed to stay within the top five on domestic rankings since the film premiered in December.

Disney and 20th Century’s murder mystery “Death on the Nile” grossed $2.6 million between Friday and Sunday. After four weekends on the big screen, the movie has earned a so-so $37 million in North America. Directed by Kenneth Branagh, who stars in the movie alongside Armie Hammer, Gal Gadot and Letitia Wright, “Death on the Nile” cost $90 million to produce.