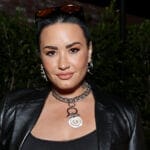 “Modern Family” alum Ariel Winter will take over the starring role in the NBC pilot “Hungry,” after Demi Lovato left due to scheduling issues.

According to dead linewhich first reported the news of Winter’s casting, the actress will have her first table read for the show this Tuesday.

News of Lovato’s exit from the pilot broke last week. Lovato had long been attached to the “Hungry” pilot, and despite exiting the role, he will remain an executive producer. Scooter Braun, Lovato’s manager, is also an EP.

“Hungry” follows “a group of friends who belong to a food-issues group helping one another as they look for love, success and the perfect thing in the fridge that’s going to make it all better,” per a logline.

Universal Television, Hazy Mills and SB Projects are the studios behind the show.

A rep for NBC wasn’t immediately available for comment on Monday morning.