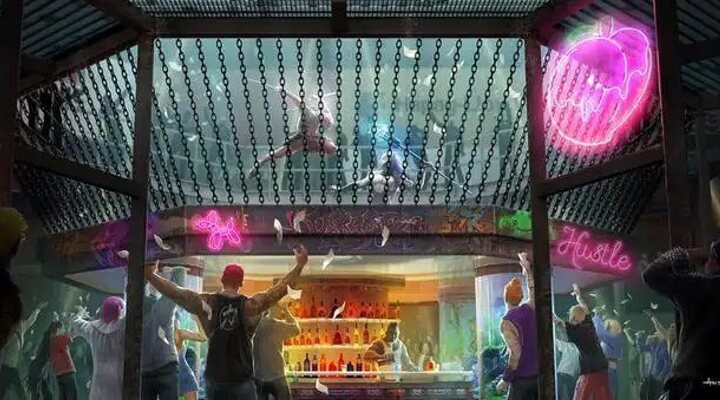 While waiting for the new news about ‘Deadpool 3’, many are wondering when we will see the antihero on screen again. It has already been speculated that he will have a cameo in ‘Doctor Strange in the Multiverse of Madness’ and, now, after some discarded sketches of ‘Shang-Chi and the Legend of the Ten Rings’ came to light, where he appears measuring himself to Proxima Midnight, The belief has begun to circulate that Wade Wilson was going to debut in the Marvel Cinematic Universe with this film.

However, the artist who designed these illustrations, Andrew Kim, has given an interview to IGN in which he explains that he simply introduced the character because the color of his suit really stood out against the blue background: “Long story short, and I’m sorry to disappoint, but neither Deadpool nor Proxima were involved in the film. When I was designing fight club it was suggested that I insert other Marvel characters fighting in the ring.”he begins by saying.

“I wanted to include Deadpool and Proxima because I thought their dynamic fighting styles would fit perfectly in the ring (you know, they don’t fly) and Deadpool’s red contrasted perfectly against the blue background, so it was really more of a design thing“he concludes.

And what really happens in the film? Well, Wong (Benedict Wong) and Abomination (Tim Roth) have a brief confrontation. After this denial, fans still have hope that Ryan Reynolds infiltrates the MCU in the sequel to ‘Doctor Strange’, which opens in theaters on May 6.