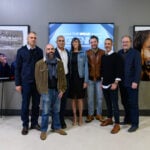 The filmmakers behind some of this year’s Oscar-nominated live action shorts used their films as a platform to bring awareness about issues ranging from bride kidnappings in Kyrgyzstan, to the dehumanization of individuals in the US correctional system.

The directors and screenwriters of “Ala Kachuu – Take and Run,” “The Dress” and “Please Hold” sat down for a conversation with TheWrap’s Brian Welk, to discuss the importance of presenting pressing issues to audiences despite obstacles such as having a low budget, tight deadlines and in some cases, a language barrier.

“I think it’s really important that the whole world try to watch this thing going on in countries like Kyrgyzstan. Only when the people are watching, when we’re aware of the fates of other people — things can change,” German-Swiss filmmaker Maria Brendle commented about her film “Ala Kachuu” about a young Kyrgyz woman named Sezim who dreams of attending college . Sezim’s dreams are thwarted when she is kidnapped for marriage to a man she doesn’t know.

Brendle began working on the film in 2016 and spent several years in Kyrgyzstan researching, observing Kyrgyz weddings and casting both locals and theater-trained actresses in her film.

Warsaw Film School student Tadeusz Lysiak’s short “The Dress” stars Anna Dzieduszycka as a lonely, short-statured woman named Julia, who longs for love and falls for a truck driver passing through the motel where she works as a maid.

Lysiak has a “brutal” twist in the film, and said he has decided to go in that direction after reading scientific reports about the percentage of women with a disability who are sexually assaulted in their lifetime.

“Victims of that kind of assault are being silent because they have no platform to speak up,” Lysiak said. “There’s not a lot of people who are talking about it, so we made a movie about this specific part of this issue.” 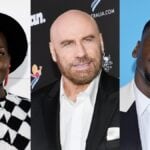 As for the sci-fi social satire “Please Hold,” filmmakers KD Davila and Levin Menekse showed what a dystopian society would be like if artificial intelligence controlled the criminal justice system. Their main character Mateo is arrested by a drone and thrown into a fully automated jail cell as he desperately tries to get out.

Davila said the film used moments of humor while continuing to tell “the reality for a lot of people of color in America” when it comes to the judicial system.