How to Watch the Critics Choice Awards: Is the Ceremony Streaming? 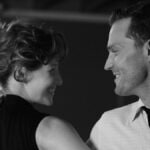 The Critics Choice Awards annually honor achievements in cinematic and television work. They often set the stage in terms of Oscar award winners as well. The Critics Choice Association is the largest critics organization in the United States and Canada, representing more than 525 media critics and entertainment journalists. It was established in 2019 with the formal merger of the Broadcast Film Critics Association and the Broadcast Television Journalists Association, recognizing the intersection between film, television and streaming content.

Steven Spielberg also received a Best Director nomination for his Best Picture contender “West Side Story,” while two of the film’s standout performers, Ariana DeBose and Rita Moreno, will be vying for Best Supporting Actress and Rachel Zegler earned a nod for Best Young Actor /Actress.

“Dune” and “The Power of the Dog” each picked up ten nominations. Denis Villeneuve earned a Best Director nomination for “Dune,” while Hans Zimmer is up for Best Score, and Jacqueline West and Robert Morgan were nominated for Best Costume Design. “The Power of the Dog” was recognized with a Best Actor nod for Benedict Cumberbatch, a Best Supporting Actor nod for Kodi Smit-McPhee, and a Best Supporting Actress nod for Kirsten Dunst, while Jane Campion was nominated for Best Director. 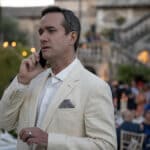 When Are the Critics Choice Awards?

The awards show takes place Sunday, March 13 from 7:00 – 10:00 pm ET (delayed PT – check local listings) and will also be seen in many countries around the globe.

Celebrations will take place in Los Angeles and London. The Los Angeles awards ceremony will be held at the Fairmont Century Plaza Hotel, while stars in London will gather at the Savoy Hotel for a late-night soiree that will be an integral part of the live telecast.

Will the Critics Choice Awards Be Streaming?

The Critics Choice Awards gala will broadcast live in the US on The CW and TBS on Sunday. No streaming options have been announced.

Who Will Be at The Critics Choice Awards?

Taye Diggs and Nicole Byer will host the awards ceremony. Issa Rae will present the SeeHer Award to Halle Berry, while Jimmy Kimmel will take the stage to honor Billy Crystal with the Lifetime Achievement Award. 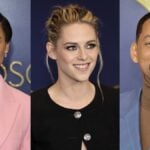