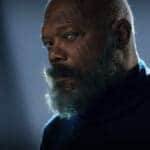 Fans hoping to see Mace Windu return to a galaxy far, far away aren’t alone; Samuel L. Jackson would like to see it too. In fact, I have asked Bryce Dallas Howard, who’s directed episodes of both “The Mandalorian” and “The Book of Boba Fett,” about making it happen.

During a recent live taping of the “Happy, Sad, Confused” podcast, Jackson was asked if he’d be up for returning, considering how many other past franchise stars have made it back into the fold in recent years. His answer from him was a definitive yes, as he joked that he’s pretty sure Mace Windu survived his fall from him in 2005’s “Star Wars: Revenge of the Sith.”

Jackson also acknowledged a certain trend in the area of ​​returners as well.

“There’s a huge history of people with one hand returning in ‘Star Wars,’” Jackson joked, referring, of course, to the multiple Skywalkers who lost a hand.

But in terms of actually making his reappearance happen, the actor revealed that he’s only asked one person about it (so far).

“I asked. I asked — the only person I’ve ever said that to, about coming back, was Bryce Dallas Howard, ’cause I just did a movie with her, and she directs episodes of ‘The Mandalorian,’” he said. “Said, ‘So you think you might be able to hook a brother up? I mean, you like me, right?’ She’s like, ‘I love you, you’re amazing!’ ‘So put me back in! Put me in coach, I’m ready! I’ll learn to lightsaber left handed. Come on.’”

You can watch Jackson’s full response in the video here and below.

See also  iPhone 12 and mini in stunning purple: when to buy and how much explained