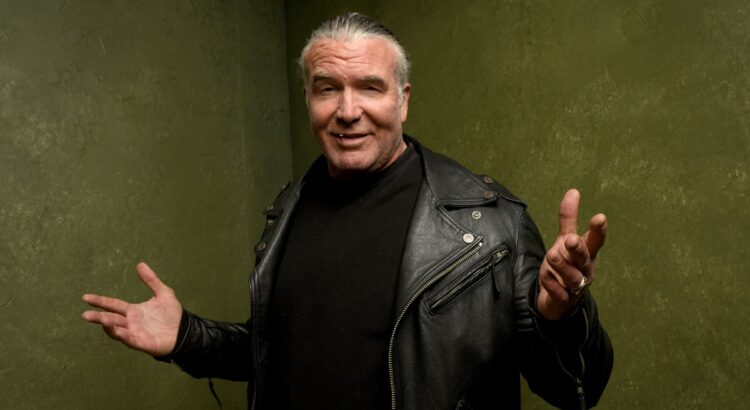 Scott Hall, WWE Hall of Famer and co-founder of pro wrestling’s legendary New World Order faction, died on Monday after being taken off of life support by his family. He was 63.

Hall’s impending passing was announced Sunday evening by his longtime tag team partner and close friend kevin nash on Instagram after reports surfaced that the wrestler had been placed on life support after suffering multiple heart attacks due to complications from an emergency hip replacement surgery.

“I’m going to lose the one person on this planet I’ve spent more of my life with than anyone else,” Nash wrote. “I love Scott with all my heart but now I have to prepare my life without him in the present. I’ve been blessed to have a friend that took me at face value and I him.”

As one of the biggest stars of wrestling’s 90s boom period, Hall was both emblematic of the incredible heights of stardom the business could bring and its costly dark side. His career began in 1984 in the National Wrestling Alliance and the American Wrestling Association, where legends Dusty Rhodes and Verne Gagne immediately saw potential in him while he tag teamed with veteran Curt Hennig.

But his big breakthrough came when he joined Vince McMahon’s World Wrestling Federation in 1992, taking the “Scarface”-inspired persona Razor Ramon. Despite debuting as a cocky, disrespectful heel, Ramon soon became a fan favorite and McMahon chose to turn Ramon heroic by having him support an underdog rookie named the 1-2-3 Kid, who would later become known as the Attitude Era star X- Pac.

Over the next few years, Razor Ramon settled into a position as a mid-card face, feuding with the likes of Shawn Michaels and Jeff Jarrett for the WWF Intercontinental Championship, which he won a then-record four times. The peak of his career came in a ladder match with Shawn Michaels for the title at WrestleMania X in 1994, a match that is considered one of the greatest of all time.

But in 1996, Hall shocked wrestling by leaving WWF with Kevin Hash and joining industry rival WCW, earning the enmity of many fans and wrestlers. Hall and Nash decided to play into the hate, forming a villainous tag team in WCW known as “The Outsiders.”

“When we jumped to WCW we didn’t care who liked or hated us,” Nash wrote. We had each other and with the smooth Barry Bloom we changed wrestling both in content and pay for those……alot [sic] that disliked us. We were the ‘Outsiders’ but we had each other.”

Just weeks after arriving in WCW, the Outsiders announced that they had a “third man” on their side as they planned to take over the promotion. In what would become the most famous heel turn in wrestling history, the “third man” turned out to be Hulk Hogan as he, Hall and Nash formed the New World Order, or nWo.

As the nWo expanded and became part of mainstream pop culture, Hall and Nash would win the WCW Tag Team Championship six times. In singles competition during WCW’s final years, Hall found mid-card success again, briefly holding the WCW Television and United States championships simultaneously. After WCW was bought by the WWF in 2001, Hall, Nash and Hogan briefly resurrected the nWo in WWF with Hall having a match with “Stone Cold” Steve Austin at Wrestlemania in 2002.

But amidst all this success, Scott Hall’s life behind the scenes was filled with constant struggles with substance abuse and personal demons, run-ins with the law, and sexual misconduct allegations. Among the many incidents was a forced trip to rehab in 1998 after he appeared on a WCW broadcast under the influence of alcohol and painkillers. His real-life issues of him were then worked into a controversial storyline during which he was arrested for disorderly conduct outside an Orlando nightclub.

Then, in 2002, Hall was one of several wrestlers accused by two flight attendants of sexually harassing them during a flight chartered by the WWF. Hall was fired by the promotion two days later due to his ongoing addiction problems, and the lawsuit by the flight attendants was settled out of court. The incident, known as the “Plane Ride From Hell,” received new attention from wrestling fans after it became the subject of an episode of “Dark Side of the Ring” this past September.

In 2010, Hall’s in-ring career came to a sudden end when he checked into a WWE-paid rehab, during which he was hospitalized with pneumonia in both his lungs, was diagnosed with epilepsy, and had a pacemaker and defibrillator implanted in his chest. . His time in that rehab stint would be documented in an episode of ESPN’s “E: 60” in 2011.

After further incidents, Hall was invited in 2013 by one of his WCW peers, “Diamond” Dallas Page, to live at his home and get clean. While training Hall under his yoga program, Page also set up a fundraiser to pay for his in-ring rival’s medical costs, with fans donating over $100,000. A year after moving in with Page, Hall was inducted into the WWE Hall of Fame and would be inducted again in 2020 as a member of the nWo alongside Hogan, Nash and X-Pac.

“Scott always felt he wasn’t worthy of the afterlife. Well God please have some gold-plated toothpicks for my brother,” Nash wrote on Sunday. “My life was enriched with his take on life from him. He wasn’t perfect but as he always said ‘The last perfect person to walk the planet they nailed to a cross.’”

Hall is survived by his son Cody, whom he trained to be a professional wrestler, and his daughter, Cassidy.

admin
See also  The best classic horror movies, before the genre was a cliché