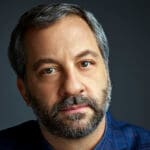 Sunshine Sachs is undergoing a name change as it promotes two partners at the agency to co-presidents.

On Wednesday, the organization announced it will now be called Sunshine Sachs Morgan & Lylis.

Morgan comes from Keleigh Thomas Morgan and Lylis is from Heather Lylis. They’ve both been called instrumental by the company in leading the agency to new heights, helping grow the PR firm from less than 10 to more than 250 employees, with offices in New York City, Los Angeles, Washington, DC, Atlanta, Austin and San Francisco.

They were praised in a release for helping guide the team and clients through the uncertainties of the pandemic. “And, as we look to the future (hopefully free from the pandemic), we know we are strengthened by their perspective and vision,” founder Ken Sunshine said in a release.

Sunshine founded the company three decades ago, with Shawn Sachs, who is CEO, joining in 2001.

“We believe our company’s strength lies in the sum of its parts — not any one part,” Sunshine said in a statement. “That applies not just to our partners and teammates but also to our clients. We represent some of the biggest names in entertainment while also working with global nonprofit organizations fighting for important issues.”