This is the film adaptation of ‘The crooked lines of God’ 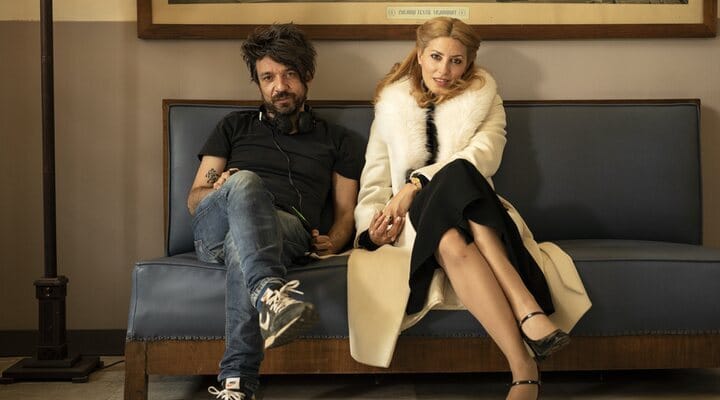 A couple of years ago we learned that Atresmedia Cine and Warner Bros. had begun preparing the film adaptation of the 1979 novel ‘Los renglones crooked de Dios’, written by Torcuato Luca de Tena. Its filming started last year, and now we have been able to see a small preview of the result.

Warner Bros. premiered 22 minutes of the film, in which we could see Bárbara Lennie as Alice Gould entering the mental hospital. Is about an atmosphere reminiscent of ‘Shutter Island’ or ‘One Flew Over the Cuckoo’s Nest’, where we observe the duality between the protagonist’s version of her internment and the opinion of others, which will sow doubt throughout the plot. The setting is very surprising, in which a mental hospital from the late 1970s is completely recreated. Oriol Paulo explained that it had been really difficult to achieve it and that an abandoned Mercedes factory was used to carry out the filming.

As the filmmaker himself admitted, bringing to the big screen a novel that is so well known by the public is quite a challenge. In fact, the owner of the rights was very clear that he would not accept any project, in addition to the fact that he preferred it to be a movie rather than a series. The director has explained that, in addition to playing with the points of view in which we will not know who to believe, the story will focus on the “train wreck” between the egos of Alice and Samuel Alvar (Eduard Fernández).

Another aspect that has required a great effort on the part of the team is the large number of extras that have been necessary. To reflect the mental illnesses that they should represent, they have had the advice of psychiatrists to be as rigorous as possible. They have also extensively documented themselves to be faithful, very faithful, to the moment.

When they finally got the project off the ground, it took six months for Paulo to accept, mainly because of the “Vertigo” that provoked him to face this adaptation. For this reason, she set two conditions before joining the project: to have creative freedom and that Bárbara Lennie would play the lead.

However, he wanted to make it clear that this freedom does not change the essence of the novel, with which he has been respectful, and that the only changes made have been to update his language a little and to be able to condense the length of the book in the duration of a feature film. He has also explained that his objective was to make an exhaustive study of the main character, something that does not happen so clearly in other films of the genre.

As for its realization, it has had a budget of 7 million euros, much of it invested in the set, located in different locations in Barcelona and Tarragona. ‘The crooked lines of God’ will premiere October 7 in theaters.