Courteney Cox confirms her return in ‘Scream 6’: “I already have the script!” 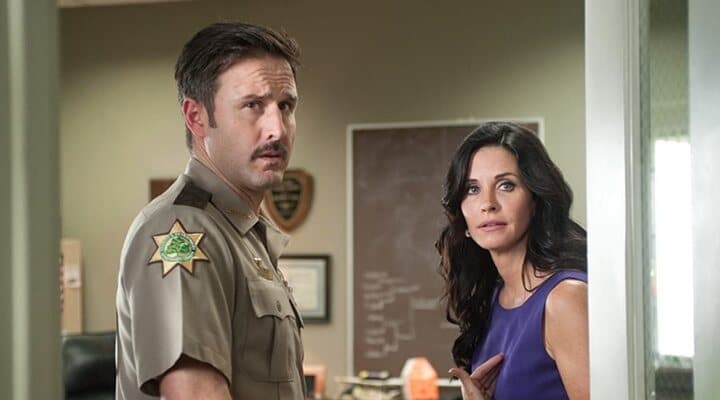 If a little over a month ago it was announced that the ‘Scream’ saga will have a sixth installment with the same directors and screenwriters as the fifth, now Courteney Cox has officially confirmed that Gale Weathers will also be back. The actress participated in the podcast ‘Just for Variety with Marc Malkin‘ to promote his new series, ‘Shining Vale,’ when he revealed, after heaping praise on the 2022 film, that he would be in ‘Scream 6’ and even had the script already: “Yesterday I received the script. And I haven’t read it yet. I just received it […] I’m excited, I really want to read it.”

The film will start shooting this summer, in June, in Canada, and for now any plot details are unknown. We do not know if it will have more returns, although Neve Campbell already said at the time of her that she would be delighted to face Ghostface once again. The one who will surely not return is David Arquette, whose character, Dewey Riley, died at the hands of the masked killer, but it is possible that we will see both final girls from the previous installment, Melissa Barrera and Jenna Ortega, the Carpenter sisters with a peculiar relationship with the original villain, Billy.

‘Scream 6’ will have Matt Bettinelli-Olpin and Tyler Gillett directing again, James Vanderbilt and Guy Busick as screenwriters, and Kevin Williamson, creator of the saga along with Wes Craven, will deal again with the executive production. The fifth part, simply titled ‘Scream’, has grossed more than 100 million dollars worldwide, surpassed in the franchise only by ‘Scream 4’, and that had a budget of only 24 million (and was released in the midst of a pandemic competing with ‘Spider-Man: No Way Home’).

See also  The Simpsons: How Treehouse of Horror turned Bart and Lisa into superheroes