Alfonso Sánchez and Alberto López (‘The world is yours’): “What cinema gives you, nothing else does” 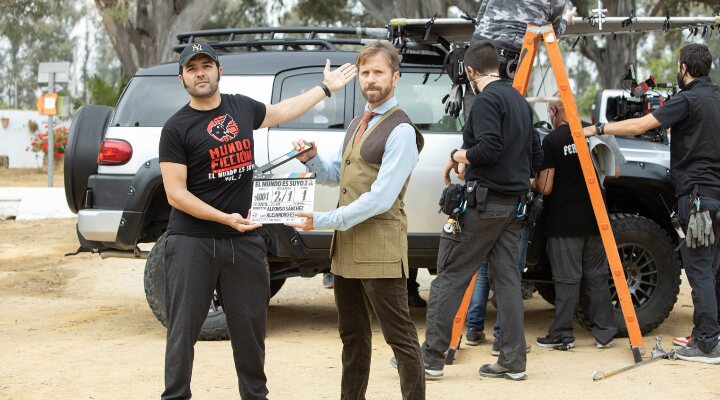 The Compadres return to the fray. ‘The world is yours’ arrives, with which Alfonso Sánchez brings Rafi and Fali back to the big screen after ‘The world is yours’. A frenetic and action-packed comedy whose goal is for the audience to have fun and enjoy “from the catharsis of comedy on the big screen”. “It is a movie with a cinema vocation, a comedy like the ones we saw when we were little, one of those in which you meet up beforehand to have a drinkthen you go to the movies and you’re tired of laughing and then you go out and have something else to talk about it”defends the director, as well as screenwriter and protagonist, by embodying Rafi.

‘The world is yours’ brings back Rafi and Fali, the compadres. A lot has happened since your party and hangover in ‘The world is yours’. Now Rafi (Sánchez) is broke, estranged from his best friend and decides to go to the hunt of the Marquesa (Teresa Arbolí) to get some money. Without knowing it, he comes across a meeting of high society and members of the regional government, who have organized a meeting with members of the Chinese government for a business deal. There she accidentally meets up with Fali (Alberto López), but this is no longer the same. Due to the imposition of his wife (Carmen Canivell), he now seeks to get away from toxic masculinity, he is a vegan and an environmentalist. Both will have to unite when they discover that the business is hiding something.

Although it is a sequel to ‘The world is yours’, really ‘The world is yours’ was intended as a thematic continuation of ‘The world is ours’. “This film is written before ‘The world is yours’. The first version of the script for this project dates from the end of 2012 and the beginning of 2013, just when we were premiering ‘The world is ours’ and what we were living in that time was happening. It was a bit of a vocation to follow that line, to first tell the story of the Culebra and the Head and then the Compadres would come”, Sánchez explains in an interview granted to eCartelera in Madrid.

“But when we finished the script, we presented it to different distributors, big production companies and networks in general. Everyone kindly closed the door on us. They told us that it was impossible to produce a film like this in Spain, that it was too incorrect, which did not fit the commercial standards of that time. It was a shock. Time passed, four or five years later, it occurred to us to make the movie ‘The world is yours’, which was a proposal with the same characters, only within the parameters of commercial cinema that could be carried out at that time” , continues, noting that, in the end, it works “as a kind of prequel” that helps to enter “in the universe of these two characters”.

“Cinema is essential to enjoy comedy”

One of the most striking aspects It is the tribute that Sánchez pays to the great masters of Spanish cinema such as Berlanga or Azcona. “It was essential to have creative freedom, to be on the wire. […] Also, I think it’s what stirs the viewer, to test what your limits are, especially at a time when comedy is put under so much restraint. […] We have focused on narrating what had to be told, doing it in an ingenious way, putting yourselves on the side of the public, as the masters Berlanga and Azcona did.“Explain.

See also  90 Day Fiancé: Why Mike Can Be With Natalie To Receive TLC Paycheck

For Sánchez, it is essential to enjoy comedies in the cinema and also support exhibitorsespecially at a time of crisis that the sector is experiencing due to the coronavirus pandemic. “First, I want to thank the distributor for their courage in betting on a commercial theatrical release. […] We are talking about a very large business, on which many families depend, that there are many rooms throughout Spain. It’s culture and you have to fight for it.”he argues. 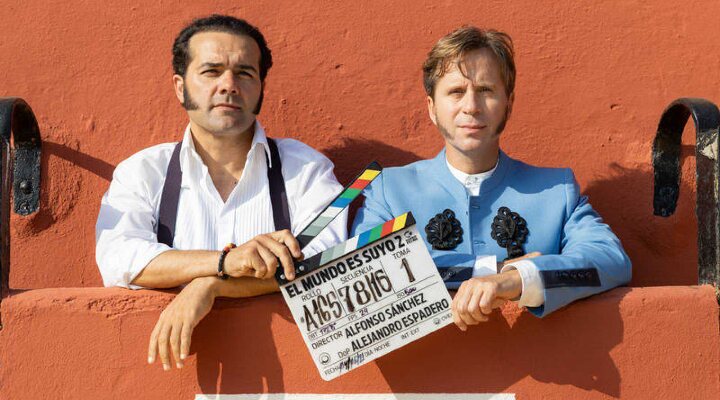 “In comedy, cinema is essential. It is necessary to achieve that catharsis of a full room, with everyone laughing. Those are the best memories I have of my childhood, for example. In addition, ‘The world is yours’ is shot in scope, with amazing landscapes, with some shots with which we wanted to take risks. I am in love with the seventh art, what a dark room brings you, nothing else does”ditch.

Directed, co-written and co-starring Alfonso Sánchez, ‘The world is yours’ has a script also signed by Sergio Rubio. Along with his ‘compadre’ Alberto López, the cast is completed by Teresa Arbolí, Carmen Canivell, Mari Paz Sayago, Carlos Olalla, Pedro Álvarez-Ossorio, Alfonso Valenzuela, Ignacio de la Puerta, Chacha Huang, José Chaves, David Pareja, Juan Amodeo and Anthony of the Tower. Available in theaters from this March 18, by the hand of eOne Films Spain.