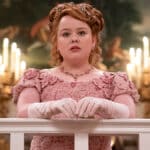 Hillary Clinton revealed Tuesday that she has tested positive for COVID-19.

“Well, I’ve tested positive for COVID. I’ve got some mild cold symptoms but am feeling fine,” the 74-year-old politician announced on Twitter. “I’m more grateful than ever for the protection vaccines can provide against serious illness. Please get vaccinated and boosted if you haven’t already!”

In a follow-up tweet, she confirmed that her husband, former president Bill Clinton, “tested negative and is feeling fine. He’s quarantining until our household is fully in the clear,” she wrote. “Movie recommendations appreciated!”

Her supporters replied with well wishes and their movie and TV recommendations, including topical choices like “Bridgerton,” “CODA” and “Servant of the People,” the sitcom starring Ukrainian president Volodymyr Zelenskyy.

Her diagnosis came a little over a week since former president Barack Obama, under whom she served as Secretary of State, revealed that he had tested positive for the virus.

“I just tested positive for COVID,” he tweeted on March 13. “I’ve had a scratchy throat for a couple days, but am feeling fine otherwise.” 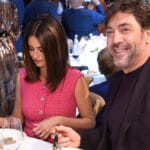 Like Clinton, I have emphasized to readers the importance of getting the vaccine. “Michelle and I are grateful to be vaccinated and boosted, and she has tested negative,” he said. “It’s a reminder to get vaccinated if you haven’t already, even as cases go down.”

Obama’s case made him the second sitting or former US president to contract the virus, after then-president Donald Trump tested positive in October 2020.

Both the Obamas and Clintons have been vocal advocates of the COVID vaccine, participating in the “It’s Up To You” vaccine education initiative last March. Former presidents Jimmy Carter and George W. Bush, as well as former first ladies Rosalynn Carter and Laura Bush, joined them in supporting the Ad Council and COVID Collaborative’s national campaign. 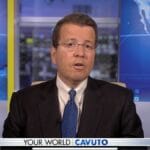