Review: Sandra Bullock, Channing Tatum serve up the charm in The Lost City 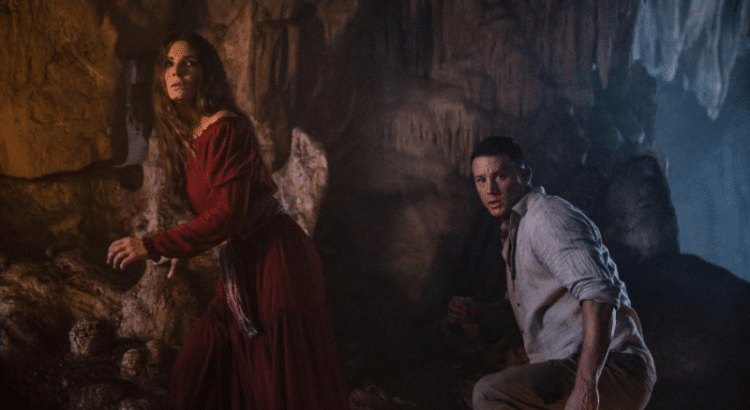 Lost City is the kind of charming, star-driven, action-adventure that makes moviemaking look easy and effortless from the outside. It’s hard to imagine a world in which you pair Sandra Bullock and Channing Tatum as a romance novelist and her de ella himbo cover model on a Romancing the Stone-esque journey not being enjoyable. Throw in a bit of Brad Pitt kicking butt without breaking a sweat and a dash of Daniel Radcliffe as an eccentric heir and you’ve got a surefire hit, right?

But if star charisma alone was enough to make a movie watchable, there would be many more good movies in the world. it’s why Lost City is such a special creation. Sure, it lives or dies on Bullock, Tatum and the ensemble (including a delightful Da’Vine Joy Randolph and Patti Harrison), but there’s also so much more that had to go right to make it work, which it does exceedingly well. It’s the movie that Jungle Cruise wanted so desperately to be.

In the case of Lost City, directed by brothers Aaron and Adam Nee, it seems to start with the script which is lean, smart and self-aware in a way that both winks at the absurdities of fish-out-of-water movies and pays homage to what we love about them. It’s never snarky or condescending.

As Loretta and Alan, Bullock and Tatum are pitted against one another as the brain and the beauty. She’s a writer who found success writing steamy romance novels, though she’d rather be an academic. He’s a yellow lab with a heart of gold and a vocabulary of malapropisms. She thinks he’s little more than a walking six-pack, but he’s fascinated by her and harbors a bit of a crush, so he’s more than eager to stage a rescue attempt when she’s abducted from a book event.

Usually having four writers (both Nees, Oren Uziel and Dana Fox) and a story by credit (Seth Gordon) on a project is a bit of a liability, indicating re-writes, disagreement and an attempt to please everyone. Cinephiles learn to celebrate individual vision and treat collaboration as suspect. and yet Lost City seems to have been the product of a fair amount of teamwork, on screen and off ⁠— perhaps a throwback to the days when studio notes were a good thing and could make a project better.

Take Lorretta who is immediately against the outfit her book agent Beth (Randolph) has selected for her to wear at a promotional event for her new book. It’s a dangerously low-cut and tight purple sequin jumpsuit that she complains gives her a wedgie in the front and the back. Beth tells her to suck it up: She only has to wear it for two hours. Of course that’s not the case when she’s kidnapped by Radcliffe’s polite psychopath Abigail Fairfax and taken to a lost island where he hopes she can help him locate an ancient artifact. The outfit, which was too tight for her to comfortably get up on a barstool at the event, never becomes more practical in the wild and its inconveniences are never brushed aside. In other words, nothing in Lost City is a throwaway one-off joke, even a purple sequin jumpsuit. They commit.

And Bullock and Tatum are screwball gold together. Neither are ever too vain for the bit, and she especially gets to show off her skills as a physical comedian.

The only problem with Lost City is that its first hour is so strong, lively and funny that it starts to run out of steam by the climax. It’s not even a criticism of the second half, just the reality of having such a frontloaded story. It may not be great cinema in any traditional sense, but it’s great fun and a much-needed antidote to all the bad cover versions floating around.

Lost Citya Paramount Picture release currently in theaters, is rated PG-13 by the Motion Picture Association of America for “violence and some bloody images, suggestive material, partial nudity and language”, with 112 minutes running time — three stars out of four.