How Pachinko Was Made: Inside the Epic Apple TV+ Adaptation 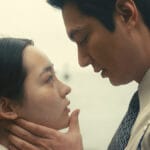 When “Pachinko” showrunner and creator Soo Hugh was first sent the book on which the show is based while she was working on the AMC series “The Terror,” her initial reaction was one of hesitation.

“When I read the back of the novel, and it says Japan and Korea, my stomach sank, I was like, ‘Please don’t let me love this book because I don’t want to do another long, long international production, ‘” Hugh said. “And then inevitably, what happens is you read the book and you just tumble into those stories and the characters and it really takes a grip of you.”

Theresa Kang-Lowe, who was working as an agent for co-executive producer Michael Ellenberg at the time, was the one who sent Hugh the book in the first place and initially connected to the story in part because it reminded her of her studies in college at UCLA.

Based largely on Min Jin Lee’s book, the eight-episode first season of “Pachinko” focuses on the life story of Sunja, who grows up in her parents’ boarding house in Korea during the period of Japanese occupation leading up to World War II. Sunja falls in love with Koh Hansu, a Korean businessman who also speaks Japanese and notices her at the market she frequents for groceries. But when she gets pregnant with Hansu’s son, he reveals to her that he already has a wife and three daughters in Osaka, Japan. Sunja rejects Hansu’s offer of support from her and runs away from him, prepared to face the shame of telling her mother from her she conceived a child outside of marriage as well as the social consequences from her, on her own from her.

“I ended up writing a paper about Koreans living in Japan, post Japanese occupation of Korea, and as a Korean person of course you know about occupation, but I think not many people outside of Korea, maybe Asia, know about that history,” Kang-Lowe said. “This was the second time I had heard about this part of the diaspora and what ended up happening was four years ago, it was a very unusual project to sell, but Michael and Soo and I just felt very compelled to tell it, […] and [Soo] really felt connected to it and had her own way of telling the adaptation and creating a new visual language for it.”

The adaptation makes one major departure from the source material: it jumps back and forth in time between Sunja and her descendants, unlike the book’s linear chronology.

“Once I realized if I didn’t tell it in a chronological fashion, if I jumbled up the times and cross cut past and present, it’s a different story in some ways,” Hugh said. “All of a sudden it’s this urgent conversation between the generations, and I thought the opportunity to take on that challenge and answer those questions, that was really intriguing to me.”

Prepared to work to the bone for her nameless child, Sunja’s fate becomes forever changed when Isak, a sickly minister traveling to Osaka, Japan, arrives at her parents’ boarding house on the brink of death only to be brought back to health by Sunja and her mother. 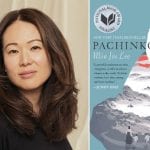 “The book’s point of view is not [from] decision makers,” Ellenberg said. “It’s not generals and presidents and kings and queens. It’s ordinary people going through these struggles. History’s happening all around them, and they’re moving through it.”

“I’d heard a lot of stories about his time in Korea. And so reading the book, there was a kind of small personal connection, but the deeper thing was it brought to life the realization that we all have these stories in our background, right, wherever you’re waiting, you know, we have epics everyone.” 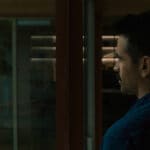 Ellenberg also recalled how he and Kang-Lowe shared the conviction that they could pull off the adaptation, and how their pitch paid off in communicating the importance of the story. According to Ellenberg, the relatability that Hugh brought to the already impactful story moved many executives to tears.

“You just heard this incredible saga about Sunja — from young Sunja to older Sunja, and then she’d bring it to her own story. And I think it was in those moments where people realize everyone has this story,” he said. “Yes, we need to be culturally authentic and specific to its experience, but the reality is, we all have epic sagas behind us. It’s very hard to access it, and so in those moments, they would both be moved by Soo’s own experience of her, but likewise, they’d access their own of her. And so they would sort of break down because it’s a moment where you’re like, ‘Oh, this is what my family went through,’ and that’s the chain layer experience of this material.”

In fact, when pitching the series around to different studios and networks, the producers actively sought out executives of color. 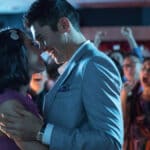 “We specifically looked for Asian American executives, regardless of level — like we’d love to have someone who runs the buying of it — sometimes we had that, most of the times we didn’t. So sometimes we invited junior level executives because we understood that in the meeting after the pitch, we needed someone to say this is important. This is culturally important to my culture, or heritage,” Kang-Lowe said. “And then the second thing we looked for was executives of color. Thirdly, we look for parents, any parent understands the sacrifices that one generation makes for the next. And then lastly, we looked for avid book club readers. And so we use this amalgam of people and ultimately when we did enter those rooms, and Sue had this incredible pitch, it did resonate.”

“It was important to tell the story at scale with the resources that you would see in any proper big American series production,” Ellenberg added. “If you’re watching ‘The Crown’ or ‘The Gilded Age,’ like we should have similar production values, right? So it’s an incredibly intimate and personal story, but you see the expanse of it, you feel it, it’s immersive. It’s world building, it’s classic world building like you see in ‘Game of Thrones.’ 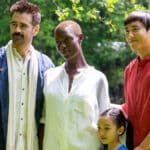 In addition to the challenge of translating the elaborate story from text to screen, “Pachinko” contains three spoken languages: Korean, Japanese and English with the help of many translators (often more on set than cast and crew). For those watching with English subtitles, the dialogue translated into yellow text is Korean, and the blue text is Japanese.

“The language was incredibly important as to be culturally authentic, but it’s also about experiencing it, so if you speak Korean you speak Japanese, great, all the better, but if you don’t you get to touch it for real. Rather than treat that as a bar, it’s actually an invitation if you don’t speak those languages. This is the real thing and you get to be in it,” Ellenberg said.

Overall, the executive producers want the story to feel as accessible as possible while still honoring cultural and historical accuracy. Over 20 historians from the United States, Korea and Japan contributed to the construction of the show’s historical context. Emotional connection provides a further way of understanding and relating to the story. 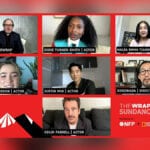 “When we were thinking about it four years ago, [we thought] ‘How are we going to have this story that’s trilingual, and we need it to be trilingual, with an almost all-Asian cast get across the finish line?” Kang-Lowe said. “It feels universal. There’s an emotionality to it, which I think is the most powerful language in cinema. And conveying that to audiences, I do believe we’ve achieved that.”

Soo expressed similar sentiments, hoping that the emotion shines through no matter what language the audience speaks.

“I want one thing for this show, and I want it for whoever watches it regardless if you’re Korean or Japanese American or whatever, I want you to just feel something honest,” Hugh said. “I just want you to feel something. I think we have so much stuff in this world. We have so much bombardment of media and news and information that I personally feel like I don’t know how to feel about things anymore sometimes. And it’s through making this show that I felt for the first time in a long time, a clarity of emotions, and I want to really have that for other people too.”