‘Morning Joe’s Brzezinski Condemns Will Smith’s Oscar Slap: Jada ‘Can Take Care of Herself, Thank You’ 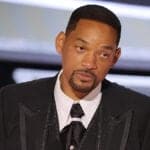 “Morning Joe” co-host Mika Brzezinski didn’t think Will Smith needed to resort to storming to the Oscars stage and smacking Chris Rock after the comedian made a joke at the expense of Smith’s wife, Jada Pinkett Smith.

The MSNBC show’s morning team were discussing Sunday night’s incident at the Oscars, when Brzezinski pointed out Pinkett Smith’s reputation for strength and openness.

“Two things come to my mind: No. 1, Jada Pinkett Smith is one of the most empowered, helpful to women, women that I’ve ever, you know, seen out there in front,” Brzezinski said. “She is strong; she’s beautiful; she shares a lot of vulnerable stories during her ‘Red Table Talks.’ She shares with her family de ella; she goes there on issues. She goes where no one has the guts to go. She can take care of herself, thank you, No. 1.

“And No. 2,” the co-host continued, “Will Smith had a long time to think about what he was doing as he was walking up on that stage, and I just don’t know how it still came to that. That was really disappointing. [It was] a terrible display. Especially with everything that we’re covering in the world. That was — that was bad.”

British journalist Katty Kay, a regular on “Morning Joe,” shared a similar opinion as Brzezinski during the segment.

“Mika, don’t we always tell our kids, ‘You say it with words. You don’t go and hit somebody.’ I mean, isn’t that the message we give them?” Kay said. “And I get it. He was upset and it was a dumb joke about his wife. It was tasteless. But I’m sure she’s capable of defending herself with her own words from her. It looks kind of 1950’s. You know, you offended my wife and I’m going to get up on the stage and punch you.”

When Smith won the Best Actor Oscar not long after the slap heard around the world, he apologized onstage to The Academy, but Brzezinski noted he left someone out.

“Did he apologize to Chris Rock in his apology? Did anyone catch that? Did I miss it? Did he not include it? He didn’t apologize to the man he hit, he assaulted on stage?” she asked. 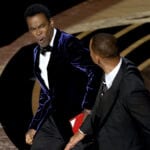 As previously reported on TheWrap.com, while accepting his Oscar for Best Actor, Will Smith apologized to the Academy and to his fellow nominees for striking presenter Chris Rock on the stage of the Dolby Theatre.

Smith did not directly apologize to Rock, but he made a comparison to his character Richard Williams in “King Richard” by saying that the father of Venus and Serena Williams was a “fierce defender of his family.”

“I want to apologize to the Academy, I want to apologize to all my fellow nominees. This is a beautiful moment, and I am not crying for winning an award. It’s not about winning an award for me,” Smith said following a standing ovation. “Art imitates life. I look like the crazy father, just like Richard Williams… but love will make you do crazy things.”

Rock had made a joke earlier in the evening about looking forward to seeing Pinkett Smith in “GI Jane 2,” a reference to her bald head. Pinkett Smith has alopecia, an autoimmune disorder that causes hair loss.