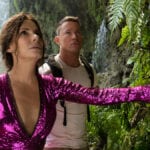 Read the memo below:

As we continue to identify synergies and optimize the strengths of our business across theatrical, streaming, and linear, leaning into the goal of future proofing our financials that I outlined for 2022, I want to let you know about a key leadership update. Effective immediately, Andrew Gumpert, Paramount Pictures Chief Operating Officer, will be expanding his role to encompass Nickelodeon Studios, serving now as Chief Operating Officer, Paramount Pictures & Nickelodeon Studios, reporting into me.

Andrew first joined Paramount Pictures as COO in 2017. He oversees business affairs, labor relations, legal, studio operations, and strategic planning for the film studio. During his tenure of him, Andrew has played an integral role in returning the studio to strength and profitability by helping fuel growth in our franchises and iconic brands including Mission: Impossible, Sonic, Star Trek, and Transformers. He has overseen negotiations with our key creative, strategic, and financial partners, growing our revenue sources and evolving our business models in the pandemic and streaming era.

Prior to joining Paramount, Andrew was president of worldwide business affairs and operations for the SPE Motion Picture Group, where he oversaw negotiations for many of the studio’s most high-profile productions, and structured and managed the studio’s financial partnerships with entities including Lonestar Capital, Village Roadshow, and MGM. Andrew began his career as a business litigator with the law firm of Hill, Wynne, Troop and Meisinger.

As we continue to position our company for growth and success, Andrew’s leadership and deep relationships will be a vital component. Please join me in congratulating him on this next chapter.