Sonic will have his own cinematic universe 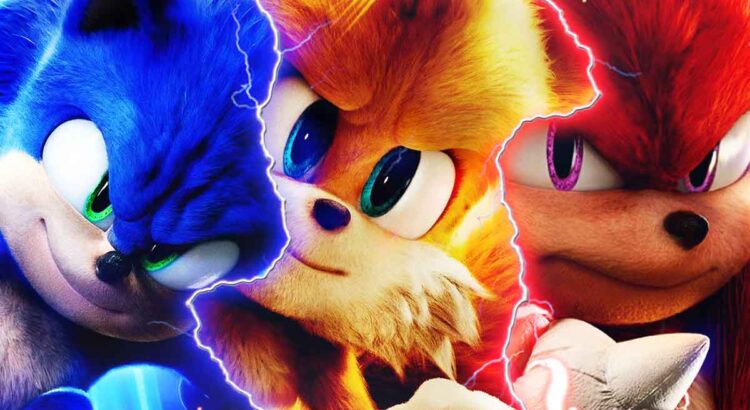 They are about to release the movie Sonic 2 and it is not only a sequel but the start of something much bigger.

In 2020 they released the first film of Sonic which was a tremendous success since they raised more than 319 million dollars and that there was a great controversy over the first trailer that had a very bad design of the famous video game character. Luckily, they decided to delay the premiere and fixed the CGI, so all the fans were happy. Now we already have the sequel about to hit theaters.

Yes Sonic 2 has the expected success, it will become the beginning of a great cinematographic universe. This has been revealed by some of those responsible for the film. Since the producers Toby Ashcher, Neal H Moritz and the CEO of Sega, Haruki Satomiexpressed their excitement for the sequel and the future of the saga in a recent interview.

Toby Ashcher: “We’re creating a Sonic Cinematic Universe, so we knew we were going to add characters, like Tails and Knuckles, who are new to the movies but loved by gamers around the world.”

Neal H Moritz: “2020’s Sonic was a great experience for us as filmmakers and movie lovers. Now, we’re even more excited to expand that world, adding new characters, bigger worlds, an amazing new journey, and more action and adventure. There are so many places we can go with Sonic.”

Haruki Satomi: “We have a remarkable partnership with Paramount and are excited to continue expanding the Sonic the Hedgehog franchise with them.”

What will the new movie be about?

After the return of Dr. Ivo Robotnik (Jim Carrey)things will get complicated Sonic (Ben Schwartz) since he will have a tough rival with Knuckles (Idris Elba). Luckily you will have the help of Tails (Colleen O’Shanussy) And together they must save the world once again.