Canadian songwriters made $67 on average from streaming last year. Would Bill C-11 change the game? 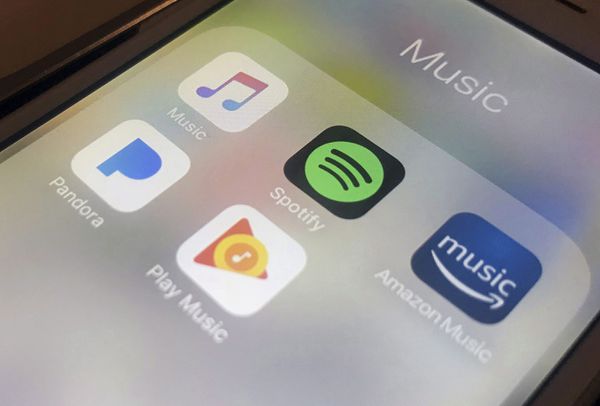 The body representing Canada’s songwriters and composers has revealed that on average musicians writing their own material earned only $67 last year in royalties from domestic streaming services.

SOCAN, which collects the royalties from musicians including Drake, Joni Mitchell and Down with Webster, said that overall Canadians gained record royalties from streaming platforms last year.

It said, in a new financial report, that for the first time in its history, collections for licensed music are expected to exceed $416 million a year. Those figures will be confirmed in an annual report in June.

Despite a boost from the pandemic that led more people to stream music at home rather than going out, Canadian songwriters represented by SOCAN earned an average of just $67.14 in royalties from Canadian digital streaming services in 2021.

In an interview, CEO Jennifer Brown said while successful artists such as Drake and The Weeknd are played regularly, Canadian musicians who are not as well known can struggle to get promoted in Canada.

She said a law before Parliament that would oblige streaming platforms to add more Canadian music to playlists in Canada would give musicians a career boost and support to get started.

Bill C-11, which is now being debated, would make digital platforms including Spotify and YouTube promote Canadian music in the same way as traditional radio stations, which have to give Canadian music allotted airtime.

But because digital platforms and radio work differently – with platforms allowing people to select what they listen to and when – the bill is likely to give flexibility about how to promote Canadians’ work.

Brown said it is important for emerging songwriting talent as well as listeners that platforms “showcase Canadians” to help them get discovered, and to reach wider audiences.

Brown said the revelation that Canadian musicians earn so little from digital platforms may not convince young artists they should have a career in music.

The body collects royalties that are owed and distributes them to song writers and composers.

This includes royalties from streaming platforms such as Netflix, including for theme tunes penned by Canadian songwriters and composers.

Amin Bhatia, an Emmy-nominated composer whose work includes the score for “Anne with an E,” a popular TV adaptation of “Anne of Green Gables,” said the law needs to be modernized so that streaming platforms are also considered broadcasters.

He said composers get vastly more in royalties when their work runs on a broadcaster, such as CBC, than on a streaming platform when they might collect only cents.

“I have been doing this for about 30 years. My royalties sank when contracts went online by 80 per cent,” Bhatia said. “If a show is successful on network television everybody benefits. That success is shared. Bill C-11 will reclassify streamers as broadcasters, and it will help grow the industry.”

The bill would also force digital platforms to contribute financially to supporting Canadian musical talent, including help to fund support for “infrastructure” such as recording studios, Brown says.

This could, because of the way its algorithm works, lead to some Canadian content being promoted less actively outside Canada, where many Canadian artists make most of their money.

Michael Geist, the University of Ottawa’s Canada Research Chair in internet law, said making platforms “force-feed” Canadian content could suggest it’s less popular than it is, and lead to it being downgraded by streaming platforms’ algorithms.

He has warned the bill could have an impact on the amount of revenue Canadians musicians earn from outside the country on digital platforms.

But Brown said the measures in the bill would not only introduce more listeners to Canadian music they might not have heard of, but increase the royalties Canadian musicians can earn.

The rights management body, whose members include Michael Buble, Gordon Lightfoot and the estate of Leonard Cohen, collected $135 million last year from the use of music on the internet alone.