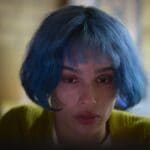 Oscar-winning filmmaker Kathryn Bigelow is finally getting back behind the camera. Netflix announced on Thursday that the “Zero Dark Thirty” director will helm an adaptation of David Koepp’s upcoming novel “Aurora” for the streaming service. Koepp will write the screenplay.

The story takes place in the wake of a global power outage, as a solar storm knocks out power nearly everywhere. It follows a newly single mother of a teenaged son in Illinois who must assume the mantle of “fierce protector” of her suburban neighborhood, while her estranged brother – a wealthy Silicon Valley CEO – plans to ride out the aftermath in his desert bunker across the country.

The novel is due to be published on June 7 and is Koepp’s second book after the publication of “Cold Storage” in 2019.

Bigelow and Koepp will produce “Aurora” alongside Greg Shapiro and Gavin Polone.