Slapgate Complaints to FCC Pale in Comparison to Nipplegate 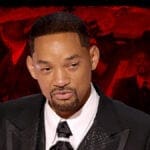 The Federal Communications Commission received 66 complaints about Will Smith’s “slap heard around the world” in Sunday night’s Oscar ceremony, according to several reports citing Freedom of Information Act requests.

That’s a mere drop in the ocean compared to the 540,000 complaints registered when Janet Jackson’s partially bare breast was exposed by Justin Timberlake at the 2004 Super Bowl halftime show, two years before Twitter was born. (Notably, her breast was partly covered by a nipple shield during the shocking reveal, so the term “Nipplegate” was never accurate.)

You could argue that Americans have always preferred violence to nudity in their entertainment, but the wave of outrage and shock over Smith slapping comedian Chris Rock over a joke about Jada Pinkett Smith’s hair happened primarily online in real time.

Several hashtags, including #arrestwillsmith, sprang up on Oscar night, with 200,000 tweets alone announcing support for #TeamChris and #TeamWill, BetOnline.ag reported. The phrase “What just happened” was also trending immediately after the slap, which confused audiences at first thought might have been a staged bit.

In 2004, Jackson received the bulk of the backlash over the Super Bowl stunt, which even prompted a House Subcommittee on Telecommunications and the Internet to propose a bill referred to as “the Janet Jackson bill,” to increase fines for indecency. Amidst the “Free Britney” movement in Feb. 2021, Timberlake apologized to both ex-girlfriend Britney Spears and to Jackson for not stepping up earlier to share the blame.

The damage Smith has done to his own career and reputation is still up in the air as the boards of the Academy and SAG-AFTRA determine appropriate punishment. Smith, who did not mention Rock in his Best Actor acceptance speech, has since apologized to the comedian via Instagram.