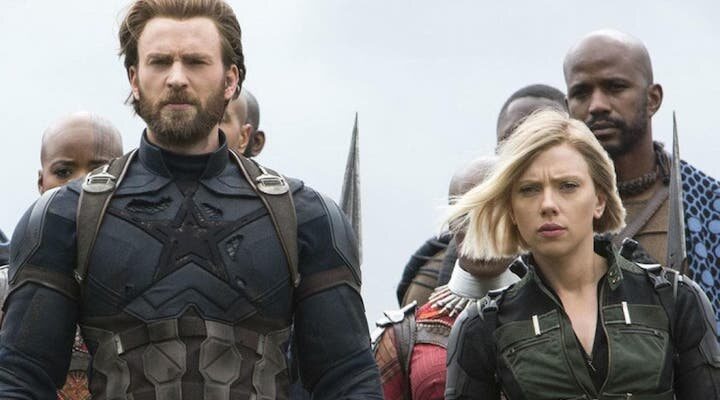 It is clear that they cannot be separated for a long time. Chris Evans (Captain America) and Scarlett Johansson (Black Widow) will work together again ‘Project Artemis’new film produced and directed by Jason Bateman (‘Ozark’), which Apple has acquired exclusively.

as collected dead line exclusively, the studio has disbursed more than 100 million dollars to take over the coveted project. Apple TV+ just became the first streaming platform to win the Oscar for Best Picture thanks to ‘CODA: Sounds of Silence’ and recently made another high-profile acquisition with ‘Argylle,’ Matthew Vaughn’s thriller starring Henry Cavill and the singer Dua Lipa. That is to say, the streamer is betting more and more strongly on the cinema.

The plot of ‘Project Artemis’ is not known yet, but according to the publication, the story revolves around the space race. Rose Gilroy (daughter of writer-director Dan Gilroy and actress Rene Russo) is in charge of writing the script. In addition to starring in it, Johansson will participate as a producer with Bateman, Jonathan Lia and Keenan Flynn.

After the news broke, Evans confirmed the information on Twitter by sharing the Deadline article with the message: “Very excited!!!”.

A run of the hand

Evans and Johansson have worked together for nearly two decades, delighting fans with their long-standing friendship and chemistry on and off screen. They shared the poster for the first time in 2004 with ‘The Perfect Score (The perfect score)’, after which they starred in ‘Diary of a Babysitter’ in 2007. The Marvel Cinematic Universe brought them together again, where they played Steve Rogers and Natasha Romanoff during years. ‘Avengers: Endgame’ was the last time they worked together and since then, both have been trying to find a project to coincide again.

See also  What would happen to John Walker in the real world?

They approached with ‘Ghosted’, also for Apple TV +, but Johansson had to leave the film and was replaced by Ana de Armas. It was also rumored for a while that the two would be part of the cast of the remake of ‘Little Shop of Horrors’, although nothing has been confirmed about it and the current status of said project is not known. Now, with ‘Project Artemis’ it finally seems that their professional meeting will come true.